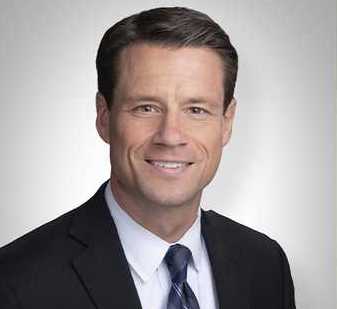 “This truly is my dream job. I grew up watching WGAL 8 and it has been a great honor to work with many of the journalists who inspired me to pursue journalism,” said Gish. “This TV station has earned the trust of the community over many decades. The key now is to continue earning it every day. I look forward to taking this next step in my career and I’m excited for the challenge of maintaining a long history of excellence.”

“When somebody like Kim retires, it’s a loss for our newsroom,” said Gish. “For those of us [still working here], we kind of carry on that legacy.”

Gish joined WGAL as a weekend morning anchor and reporter in 2002,  Two years later, he left to work at KMBC in Kansas City, but he returned to WGAL in 2009.Jere Gish

“WGAL News 8 has a high standard of trusted, ethical journalism that started over 70 years ago,” said WGAL president and general manager Justin Antoniotti. “Jere exceeds those standards and truly embodies what commitment to excellence means. His extensive knowledge and love for the Susquehanna Valley make him the perfect fit to bring viewers the news every weeknight.”