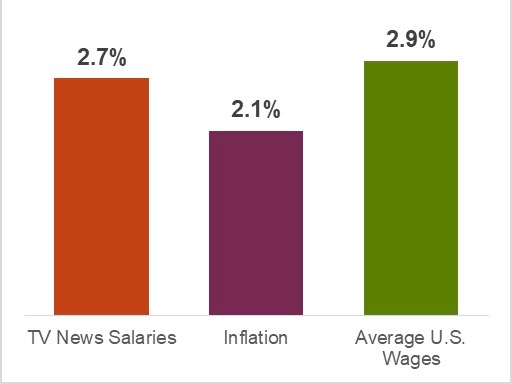 There is good and bad news when it comes to TV salaries, according to the latest RTDNA-Hofstra study.

TV news salaries have risen nearly twice the rate of inflation over the past five years. But in 2017, wages in the industry grew less than the U.S. average.

To break it down further, news assistant and weather anchor salaries went down. The wages for digital content directors, assignment editors, news and sports anchors all stayed the same. Salaries for all other positions rose.

You can see the full report here.