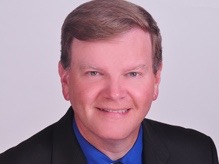 The wife of WBBJ anchor Brad Douglass is making the news in Jackson, Tenn.

Lorrie Douglass is accused of going through the self checkout at Walmart and not ringing up everything in her bin.

According to the station, she was stopped by store security and accused her of not ringing up or mis-scanning a handful of items. Douglass says she went back into Walmart and paid for everything.

She has retained a lawyer and plans to fight the charges.

Douglass is scheduled to appear in court on April 1.