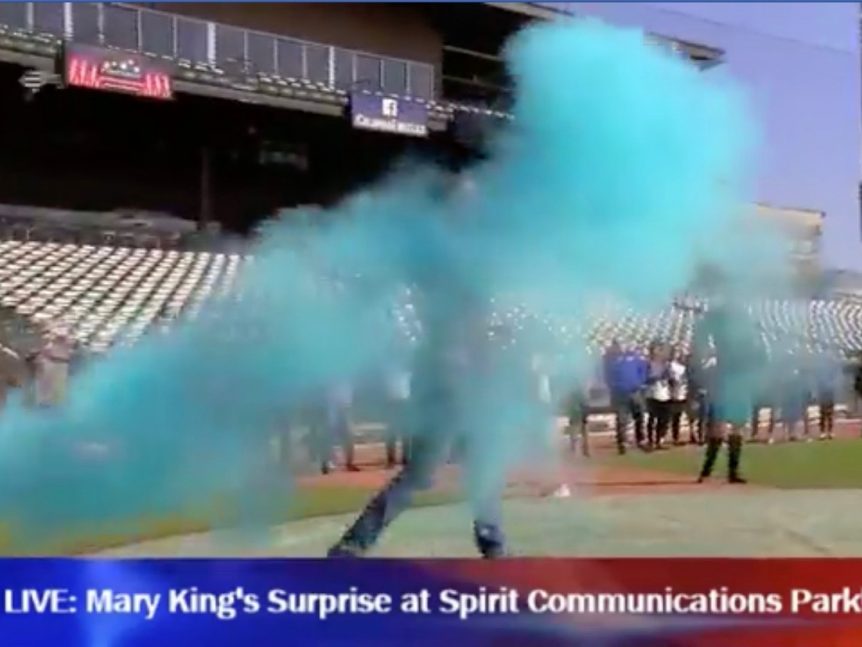 During a remote at Sprint Communications Park, the Columbia, South Carolina morning team including Tim Miller and Leland Pinder planned an elaborate reveal that included viewers and King’s husband.

“We’re going to find out the gender of the baby,” she said.

King pitched a number of baseballs to all three of the guys. She said one would explode with a colored powder, blue or pink. After about five pitches and 10 minutes into the live hit, her husband was up to bat.

“It’s a boy!” King shouted when blue powder exploded into the air.

You can watch the entire reveal below on WIS-TV’s Facebook Page.