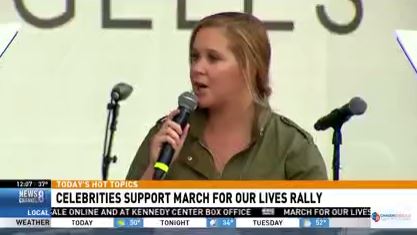 Buzzfeed is reporting that actor and comedian Amy Schumer cancelled her interview with WJLA, the Sinclair-owned ABC affiliate in Washington D.C.

A spokesperson for Schumer confirmed the actors decision. She’s currently doing press to promote her new movie, I Feel Pretty.

This comes in the wake of controversy surrounding a mashup video created by Desdspin which shows dozens of Sinclair anchors from many of its 193 stations reading the same script in what Sinclair svp of news Scott Livingston called a “corporate news journalistic responsibility promotional campaign.”

“It is ironic that we would be attacked for messages promoting our journalistic initiative for fair and objective reporting, and for specifically asking the public to hold our newsrooms accountable,” Livingston wrote in his memo to employees.