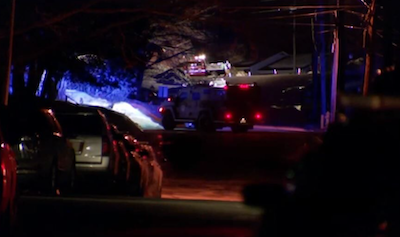 Taylor Cairns, a reporter for the CBS affiliate, says he was on scene during a hostage standoff when he got a call from the suspect. He says he handed his phone to police, who then began talking to the suspect “using language to make it seem like they worked for the media.”

Cairns told viewers he let police keep his phone in case the suspect called back, but then took the phone back about 30 minutes later.

Major Bill Ross told the station they were surprised the suspect called Cairns. Ross also said posing as media is “not a good practice,” but saw it as an opportunity to save lives.

The hostage situation ended Tuesday morning with the suspect dead and the three hostages safe.