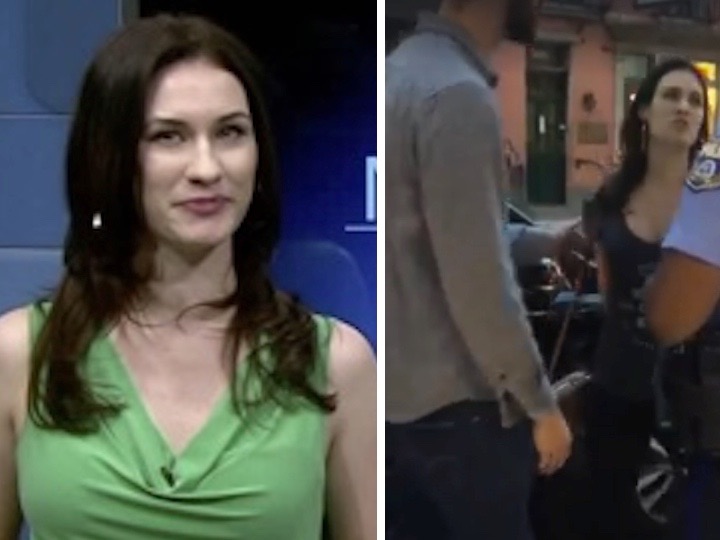 PHL17 reporter, Colleen Campbell, is out of a job after incriminating video outside a Philadelphia comedy club surfaced.

According to the story, Campbell was escorted out of Helium Comedy Club over the weekend after being disruptive during a show. Once outside, Campbell refused to leave, demanding she get her money back. Cell phone video shows her going off on an officer, screaming obscenities and acting unruly.

The video shows Campbell getting arrested after spitting in a bystander’s face.  She has been charged with resisting arrest, criminal mischief, and disorderly conduct, Philly Mag reports.

Philadelphia Magazine spoke to Campbell about the incident this morning.  Here’s an excerpt from the story:

The video of you outside Helium has been viewed more than 1 million times. People are pretty shocked by it.
That’s not me or how I talk or act or anything at all. I don’t know what to do. I feel ruined and embarrassed for me and my family.

I saw your Facebook post where you raised the possibility of having been drugged. Were they able to do any tests to see what might have been in your system?
No. The police told me that it would slow the process. But at the police station, they had trouble taking my blood pressure. It was so high. I was worked up.Why would it have slowed the process?
The nurse [at the police station] said if I send you to the hospital it will really delay everything. I just wanted to get out of there. I was really worried about my job. She gave me something similar to a Benadryl. Then later I woke up and had a panic attack. I never thought to get any test done.

The video has more than a million views. 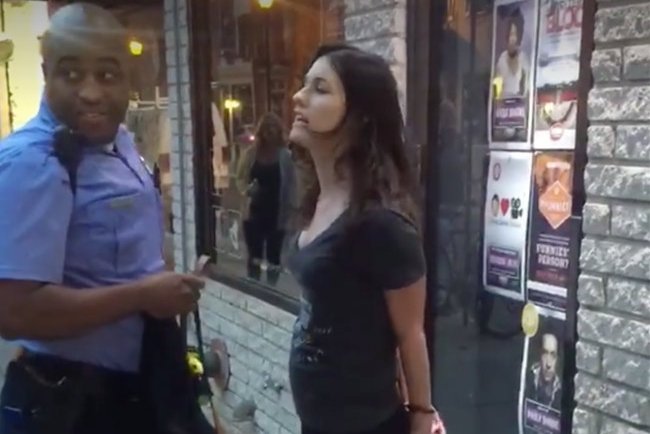