NEXT:WJLA Adds Investigative Reporter
PREVIOUS:'We Have A Lot Of Work To Do As An Industry' 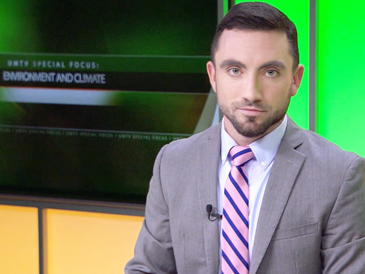 He will be the weekend morning and evening meteorologist for the CBS-NBC duopoly in Erie.

“So excited to join the Erie News Now team, in addition to the One Caribbean Television team! It was so nice to meet you all this evening! I’ll be on the air starting this weekend!,” said McDonough on his Facebook page.

McDonough graduated with a degree in Meteorology. He also says he will be working for One Caribbean Television broadcasting and weekend weather for CBS Puerto Rico.