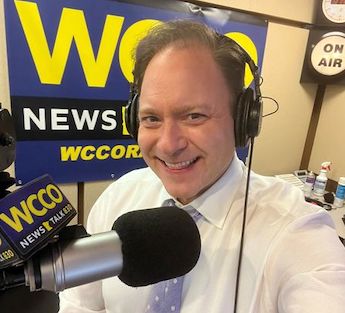 DeRusha told viewers two weeks ago that his last day at WCCO would be June 23. Four days later, he’ll start as the host of the 3 to 6 p.m. weekday shift for WCCO Radio. While the TV station is owned by CBS, the radio station has been owned by Audacy (formerly known as Entercom) since 2017.

“I have always loved the creativity, the unpredictability and the interactive qualities of radio,” said DeRusha. “I can’t wait to bring my love for Minnesota and Western Wisconsin, as well as my two decades of curiosity about our neighbors and our news to WCCO Radio. Not many people get to have one dream job, let alone two. I’ve loved my time in television and can’t wait to dive into a new dream job in radio and podcasting.”

DeRusha started working at WCCO-TV in 2003. He was named morning anchor in 2013.

“Jason’s not only a beloved and trusted Minnesota broadcaster, he also has the rare ability to truly connect and engage with everyone he talks to,” WCCO Radio brand manager Brad Lane told the Pioneer Press. “Whether he’s delivering breaking news, telling a family story or giving a restaurant recommendation, people trust him like a friend—and that’s exactly what the legacy and future of WCCO Radio is all about.”