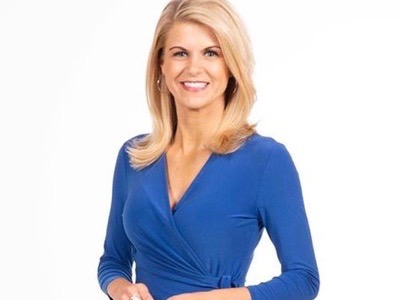 WCCO reporter Liz Collin has been targeted by protestors in Minneapolis.

Her husband, Minneapolis Police Federation president Bob Kroll, has been under fire since the May 25 death of George Floyd, who was killed when in police custody. Collin, meanwhile, has been criticized by activists for her involvement in stories about the police. However, WCCO told TVSpy after this post was initially published that the reporter, who has been with the CBS station for at least a decade, does not report on the local police department or police union to avoid any potential conflicts of interest.

But according to Bring Me the News and the Star Tribune, protestors took things to another level this weekend. Video surfaced of protestors outside their home smashing piñata effigies of Collin and Kroll, as they demanded that both be fired.

“The Minnesota Chapter of the Society of Professional Journalists supports the public’s constitutional right to protest peacefully, but views the destruction of Collin’s image on her private property to be a direct threat against her as a journalist,” the organization said in a statement. “In this current climate, journalists have been regularly disparaged and threatened while doing their jobs, and many have dealt with the abuse quietly while they proceed with their important work. We encourage the general public to use respectful and peaceful means to communicate dissatisfaction with journalists’ coverage, such as contacting them or their supervisors directly or demonstrating outside of their place of work, rather than using threats and intimidation to attack them personally.”
< Previous Article
Next Article >
Advertisement
Advertisement
Get TVSpy delivered straight to your inbox
Advertisement