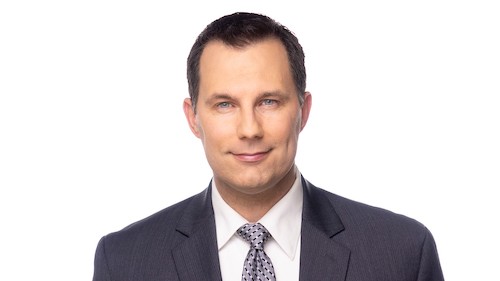 In a social media post, LaFave told viewers he was leaving the industry for his family. Friday was his last day at the Grand Rapids, Mich. ABC affiliate.

In his post, LaFave said he had done “the best work” of his career at WZZM and added that his time there was marked by the births of his two children and the death of his father.

“The hours required to succeed in this job no longer allow me to be the husband and dad my family needs me to be (and that I want to be),” said LaFave. “I simply do not see my kids enough. Originally, I told myself things would get better when they got older. But when my dad died, I realized I couldn’t wait for things to get better. I need to be more present in my children’s lives NOW. None of us are on this rock hurtling through space very long. I want to spend more of the undetermined yet limited time I have with the people who mean the most to me.”

In his goodbye, LaFave said he was moving out of the state and added that his next move would be “exciting” and that he’d “share it at a later date.”

“Nick’s strength is his sincerity, and that really drew people to his online platforms and to our shows,” said WZZM news director Julie Flynn.

“We’re grateful for everything Nick has accomplished here,” Dan Baylog, WZZM’s president and general manager, said. “He’s a good guy who always brought valuable insight to the newsroom. We will miss him at the station.”