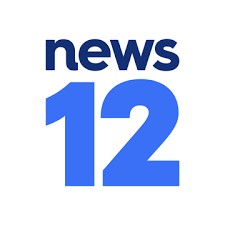 A recent TVNewsCheck article contends that News12 New Jersey has seen “mass resignations” and is suffering from what some are calling toxic leadership.

“According to three sources close to the situation, who spoke under conditions of anonymity in part because they fear retribution from Altice,” quoted the article, “the cable news channel’s owner, recent and pending departures of News 12 New Jersey’s news director, assistant news director, two executive producers and a senior producer came down to charges of a toxic work environment—cultivated by upper management for the past two years.”

News 12 staffers describe Natz as hyper-controlling and “someone who believes his judgment can never be questioned, though he harbors little knowledge of the market.” Gruber, who later became assistant GM, “had a history of insensitivity toward staffers” when she worked at NY1. Gruber was documented in an article in New York Magazine making “derogatory remarks” about the appearance of a veteran female anchor who had just recovered from colon cancer.

Leadership has been insincere, dishonest and condescending toward staffers. They exhibited a lack of compassion when workers communicated personal and professional needs during the global pandemic—and in individually challenging moments. And micromanaging has rendered employees uninspired, disillusioned and afraid to make independent decisions.”

In a recent editorial meeting Natz tried to explain away the recent departures by saying staffers were leaving “because they had come to recognize how difficult the news business is and did not think they could handle the grind any longer.”

We reported in January that Meteorologist Reed McDonough was being sued by the station after leaving News 12. This article states that one point of contention is that Natz and Gruber have been “inflexible with scheduling, which in some cases has placed undue burden on workers and their families.”

TVSpy asked Nantz about it and heard back from an Altice spokesperson who told us the same thing they told TVNewsCheck, “News 12 New Jersey stands behind its editorial coverage and news teams and continues to provide viewers in New Jersey with the very best in local news content. News 12 New Jersey is also set to welcome Teisha Parker as news director next month—and we’re excited for her to continue advancing the News 12 brand and lead the New Jersey newsroom into the future. We take these matters seriously and are reviewing them internally.”