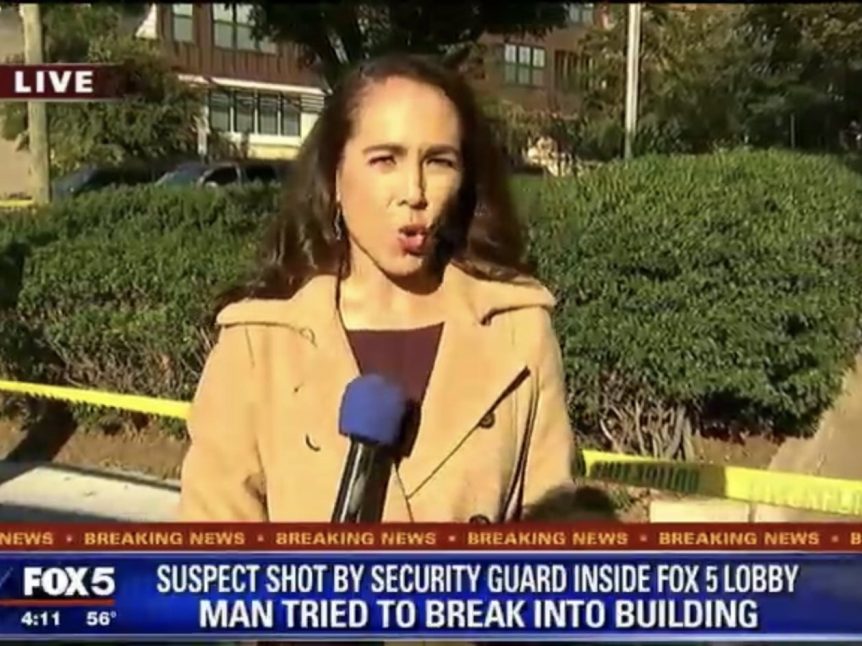 A man was shot this afternoon as he tried to break in to WTTG, the Fox-owned station in Washington, D.C.

The station is covering the incident on air, with reporters stationed outside the newsroom.

Reporter Lindsay Watts has been tweeting minute-by-minute updates. She said an unknown man tried to break in to the building before a security guard shot him. He was conscious when ambulances arrived.

“Reporting on this is surreal,” she said in a tweet.

Photojournalist Will Cockey posted video of the suspect being wheeled into the ambulance on a gurney.

It is unclear what the motive was, but all employees are safe, a Fox 5 spokesperson told TVSpy, and police have informed the station that there are no additional threats.

You can watch live coverage here.

UPDATE: Here is the memo that Fox 5 D.C. vp and GM Patrick Paolini sent to the station this afternoon:

As you are aware we had a serious security breach at our station late this afternoon.  Thankfully, all our employees are safe.

Here is what we know at this hour—A 38 year old male smashed through both glass security doors and entered the lobby and was shot by an armed security guard. He was then transported by ambulance to hospital for treatment. Investigators remain on the scene and it is not clear at this time what the suspect’s motive was.

All of us here are working this as an on-going breaking news story, just like we would any other.

Counselors will be available to all employees tomorrow at the station.

UPDATE: Here is video of the suspect breaking down the glass doors.