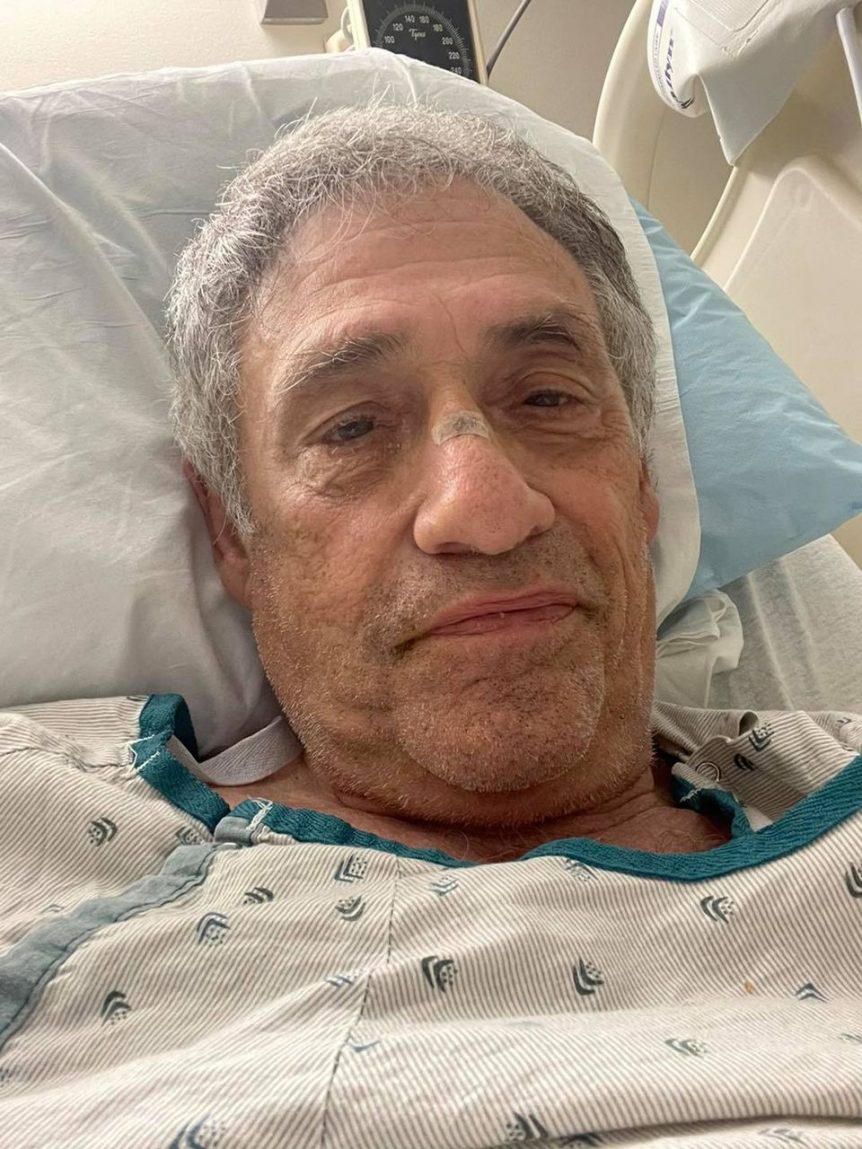 KTTV reporter Hal Eisner is on the mend after being injured Friday afternoon when an SUV driven by an alleged drunk driver crashed into a store on Hollywood Boulevard.

Eisner was one of five people injured in the crash, which also involved FOX11 photographer Joab Perez. Eisner and Perez were working on a story for the 6 p.m. newscast when the crash occurred.

“As I lay here in a hospital bed at Cedars-Sinai I want to take a minute to say thank you, I love [y]ou, you’re amazing and I’m grateful. I’m grateful to be alive,” Eisner wrote on Facebook. “I’m grateful for all of your heartfelt comments and the many feelings you’ve expressed since Friday’s awful auto-pedestrian crash that involved FOX11 photographer Joab Perez, myself and three other people on Hollywood Blvd.”

Eisner told viewers he has a knee fracture and “pretty serious and painful back spasms,” along with a gash on his hand.

He also thanked viewers for their love and support. “One of the best meds has been your caring and outreach!” he said.