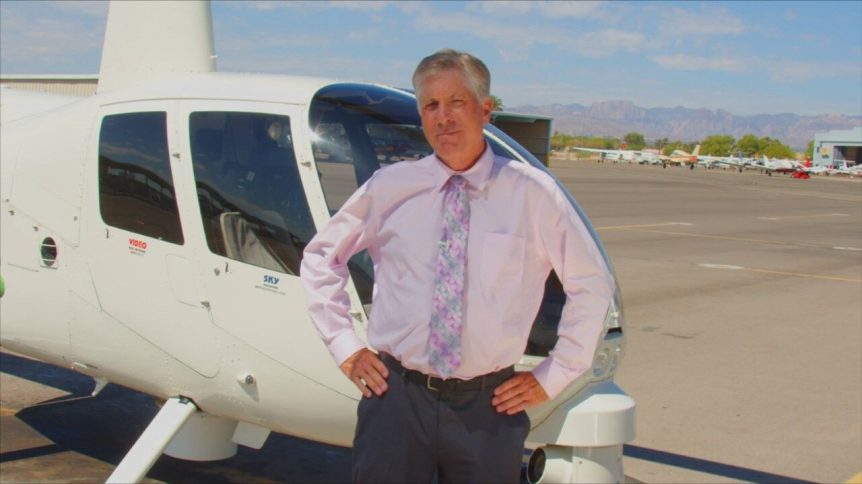 The city of Las Vegas dedicated the street in front of NBC affiliate KSNV to longtime traffic reporter Tom Hawley.

The KSNV traffic reporter, who had worked at the station for more than three decades, died earlier this month from pancreatic cancer at 60 years old.

Hawley’s family was joined by Las Vegas mayor Carolyn Goodman for a Saturday morning ceremony dedicating a portion of Foremaster Lane as Tom Hawley Way. The stretch of road is also close to the high school where Hawley graduated. 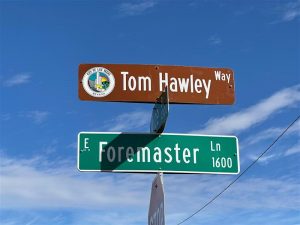 “I always knew that he worked in the news, but the way people have been expressing their condolences and talking about what he has meant in their lives has been such a beautiful surprise,” said Hawley’s sister Shobie Partos. “I think that it’s really great to have a legacy like this for Tom.”

Hawley, who went by “Chopper Tom” due to his frequent reports from the station’s helicopter, was an Emmy Award-winning journalist and a member of the Nevada Broadcasters Hall of Fame.

“This sign, it’s with love from the whole community to honor and memorialize, and send love,” said Mayor Goodman. “And into the sky because that’s where he spent his time, good Chopper Tom.”