KTTV, the Fox station in Los Angeles, has a new assistant news director and he has an amazing story.

Pete Wilogren had been the station’s managing editor before landing a promotion and new title.

But before he was named the managing editor, Wilogren had been driving for Uber.

He posted about it on his social media page just as he was named the new assistant news director in the country’s second biggest market. 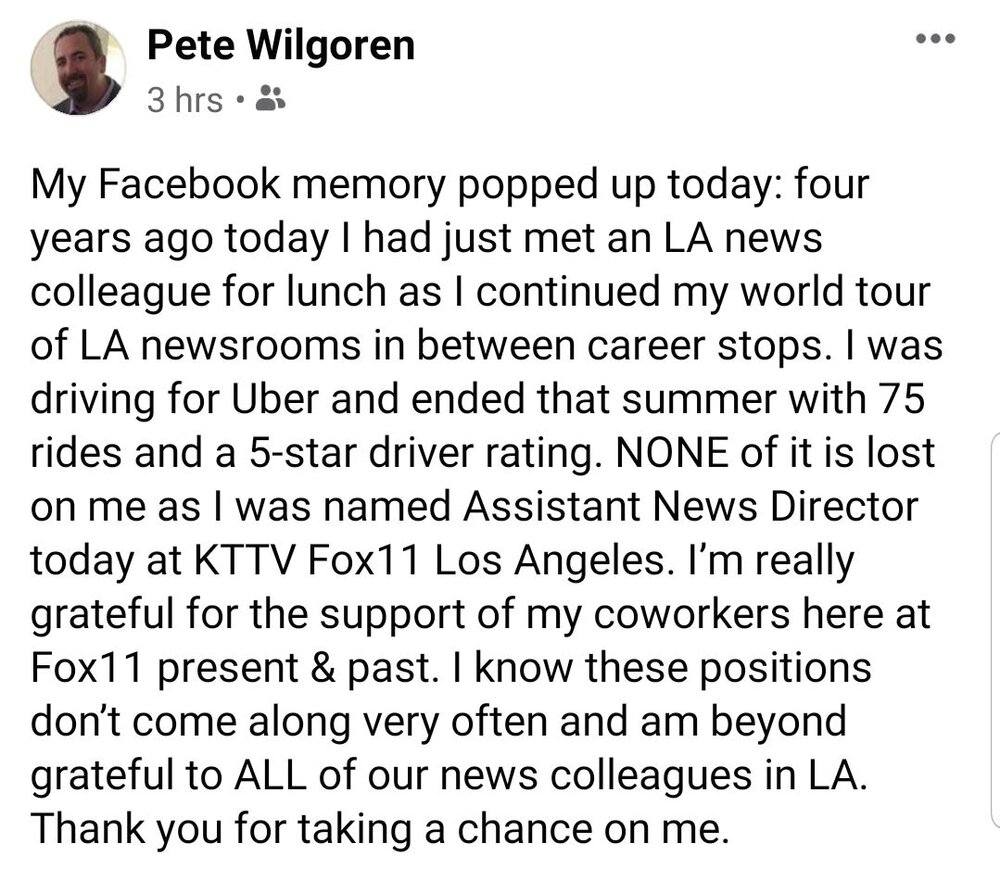