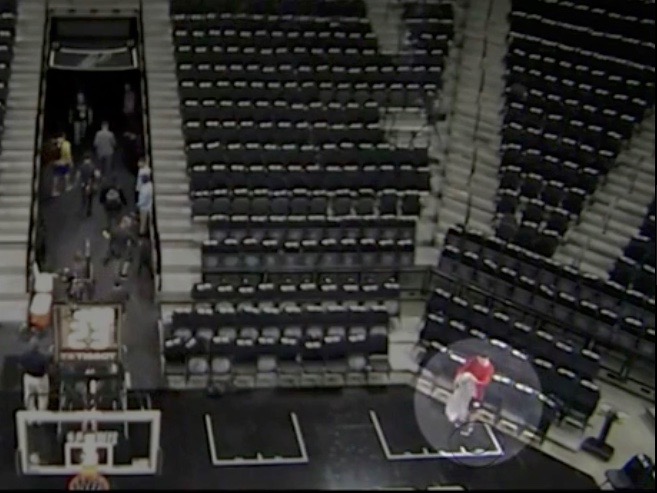 In the survallience video you can see Shumann grabbing the coat and walking away.

TVSpy first reported on the story earlier this week.

The ABC-owned station released a statement that the events surrounding the alleged theft are under investigation.

Shumann has not been on the air or said anything on social media since the incident.