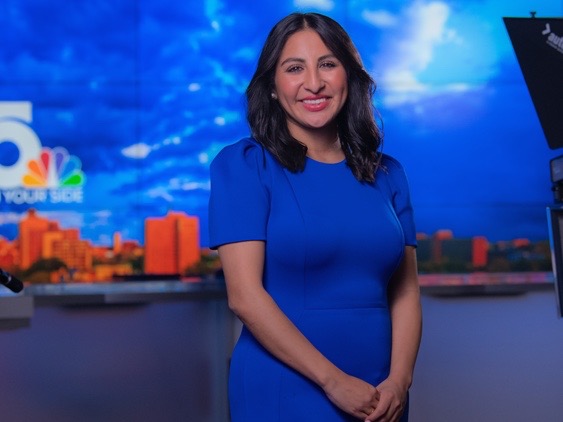 KSDK reporter Justina Coronel says men threatened her and her photographer with a rifle during a live shot Sunday.

The St. Louis broadcaster was covering a protest outside Mayor Lyda Krewson’s house when it happened.

“I know people are angry right now, but to the men who approached my photographer and I seconds before our live shot with their AK-47 and verbally attacked us, please just let us do our job,” she wrote on Twitter about the incident.

In an interview with the station following the incident, Coronel recalled the moment it happened. She said she was seconds away from doing her live shot when she, her photographer Don Galloway and their security guard saw two cars pull up.

Coronel says men from the car approached them and followed them to their vehicle, with one man demanding a conversation and shouting obscenities.

“I’ve been to a lot of protests and a lot of these nights, and I’ve never had that happen to me,” Coronel said. “It was scary. These aren’t protesters. They’re looking for trouble. I understand their anger. Their anger is understandable, but when it comes to life or death that’s where I draw the line. It’s not fair for those who don’t deserve that anger toward them. I feel like we in the media are blamed a lot and that’s fine if you want us to be a punching bag, but don’t threaten us. I want to live.”

You can listen to Coronel’s full interview below.