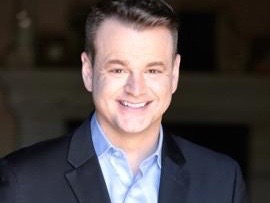 A Peoria, Illinois anchor was in and out in less than three months.

According to the Journal Star, WHOI hired anchor Karl Mann to replace anchor Eric Greene in October but as of last week he’s no longer with the station.

The station’s vice president confirmed Mann is no longer an employee at WHOI-WEEK-WAOE but wouldn’t explain why.

Sources told the Journal Star that Greene was fired over a personnel issue.