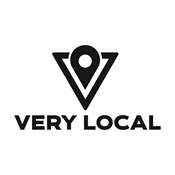 Hearst Television has launched its OTT and connected TV livestream channel Very Local in what Variety calls a “bid by a legacy media company looking to reach younger viewers who aren’t watching TV the way Americans used to.”

The streaming service features locally focused, free ad-supported streaming channels in the 26 markets where Hearst has local stations. The add-on channel will be available on Fire TV, Roku, Apple TV and Android TV.

“Very Local is an opportunity for Hearst Television to bring even more award-winning journalism to streaming audiences in our local communities,” said Wertlieb. “As consumers include streaming as a way of connecting with local content, we want to bring them the best local news and information. Very Local gives us a new, flexible platform and resource to bring our content to more people and to develop fresh, original digital-first programming that will resonate.”

Viewers in any of Hearst Television’s markets will see a feed of local news and programming along with new original content. The new service also allows subscribers to see programming from Hearst Magazines brands like Esquire, Delish, Runner’s World and others, as well as Hearst Television’s own Stitch brand. Very Local also will serve as a platform for new, original series as well as for newly produced in-depth documentaries and specials.

“For a streaming-first audience, Very Local is the best way to connect with award-winning local journalism and other local content,” said Andrew Fitzgerald, Hearst Television’s svp, streaming video services. “Consumers are diversifying the channels through which they consume media. We want to meet them where they are. If you missed today’s newscast or in-depth weather report, or if you just want to enjoy great local story-telling that celebrates your community, it will be on Very Local.”