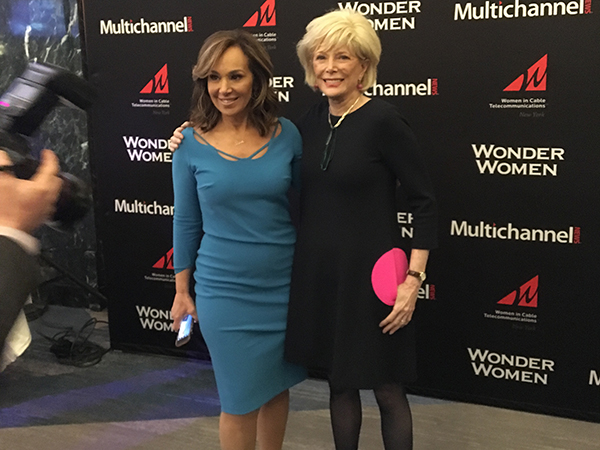 “I told Lesley Stahl I watch her every Sunday night,” said Scotto, who co-hosts Good Day New York for the Fox-owned station. “She asked if I watched in my pjs. I admitted that I did, along with my daughter who is also a big fan of her and the show.”

Stahl was the recipient of the Inaugural Women of Influence award. The Wonder Women awards honor female executives “at the forefront of cable television and communications,” says the press release. “All honorees have paved the way for younger generations of women in a multi-faceted career sector.”

“Moments before I was going to get up cohost Greg Kelly thought I should include the photo of the two of us at the fearless girl statue,” said Scotto. “So while I was warming up the audience, Greg was working the IT guy to include the picture… it worked perfectly! I said ‘fearless girl meet fearless women.. and self promotional man’ ?” (see pics below)

Kelly and Scotto at the Fearless Girl statue: 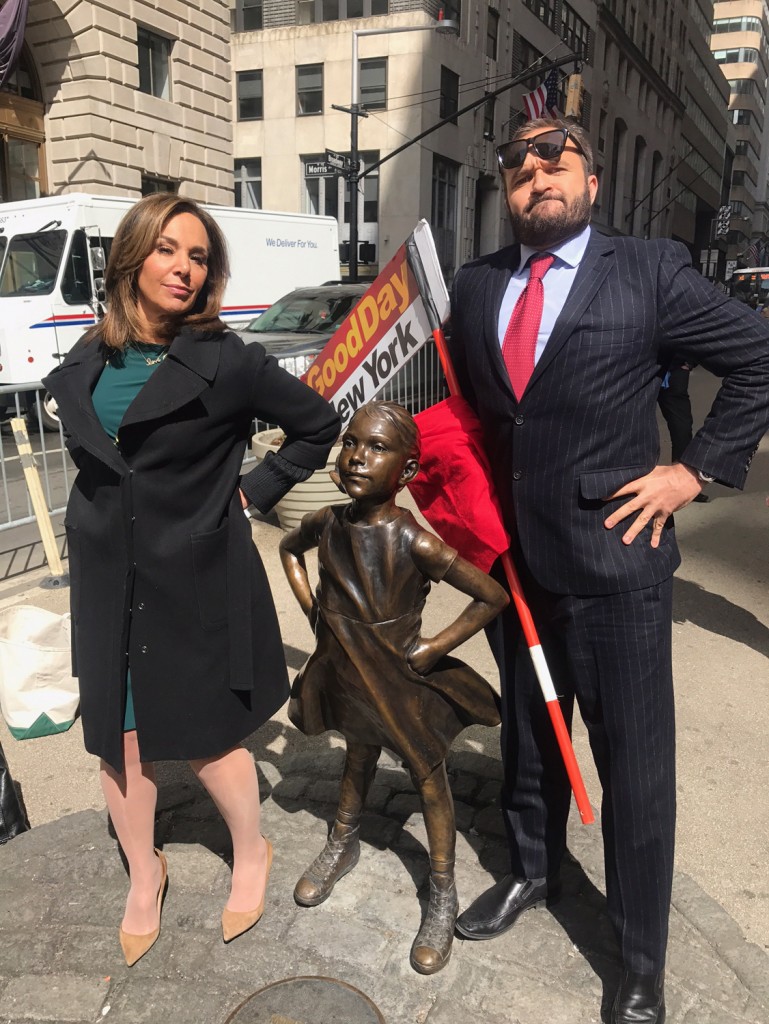 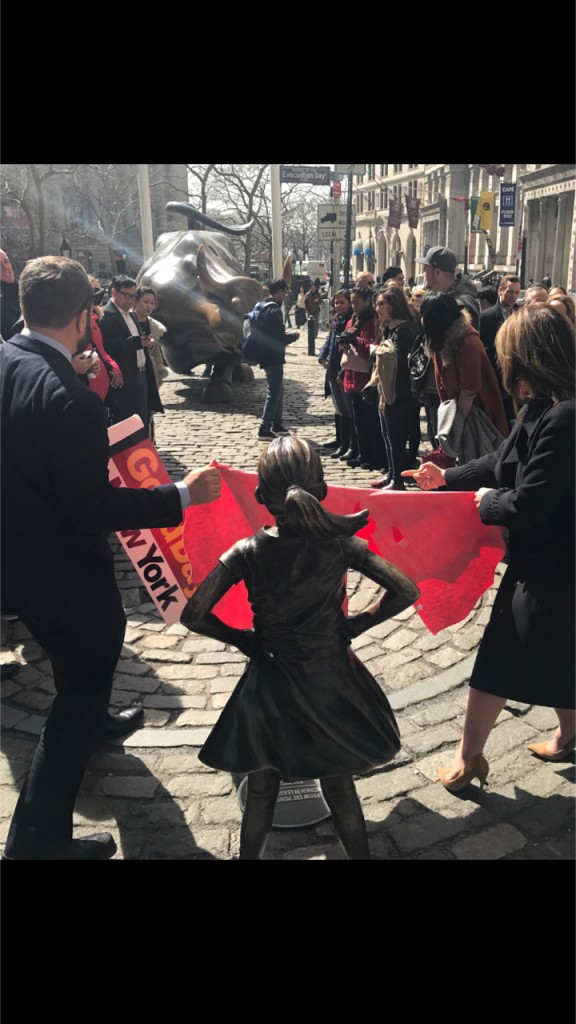