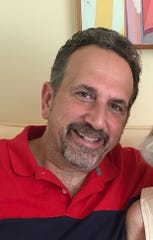 Former WTMJ meteorologist Scott Steele has filed a lawsuit against the Milwaukee NBC affiliate’s parent company Scripps claiming harassment and discrimination because of his religion.

Steele claims Scripps retaliated against him after he spoke out against the “anti-semitic discrimination and workplace hostility he was suffering.” The lawsuit, filed in federal court adds, “Scripps then manufactured false workplace ‘incidents’ against Steele, disciplined him for the imagined incidents, and ultimately wrongfully terminated his employment by the end of summer 2017. Prior to the May 23, 2017 (meeting), Steele’s employment file reflected only positive and appropriate job reviews and performance.”

From the Milwaukee Journal Sentinel:

In an April determination letter, EEOC District Director Juliane Bowman said she found “reasonable cause” to believe that Scripps retaliated against Steele when it “harassed, disciplined and forced him to resign his employment due to his opposition to discriminatory practices.”

The determination gave Steele a green light to file a federal lawsuit.

In the suit, Steele charged that:

In addition to twice finding a cross on his desk, the weatherman once found a Jewish head-covering known as a yarmulke on his desk.
“It was a constant struggle for Steele and other Jewish employees to take time off for Jewish holidays.”
Once after asking for time off for the holidays, he was removed from a “prominent position with demonstrated rating success to a lesser role.” At the time Steele said he was told “we need to appeal to more than just a few people,” a comment that Steele took as a “reference to his Jewish identity.”
A manager once circulated a memo about the importance of “CHRISTIAN holy week” but there was never a similar memo about any other religion.

A Scripps spokesperson told TVSpy the company is “committed to diversity and inclusion in our workplaces” and would not comment on the lawsuit.