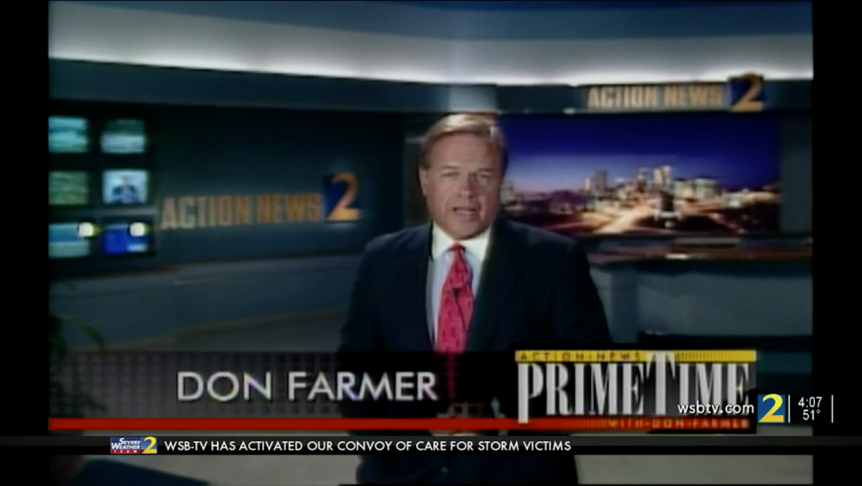 Former WSB anchor Don Farmer has died. He was 82.

Farmer worked at the Atlanta ABC affiliate for 10 years before retiring in 1997, but may be best known as one of CNN’s original anchors.

He started his career at NBC before joining ABC news as a correspondent in 1965. In 1980, Farmer and his wife Chris Curle went to work for Ted Turner at his new network, CNN.

Farmer’s son, Justin, is an anchor at WSB and shared his thoughts about his dad: “Dad was in the business not for ‘being on TV,’ not to be recognized or anything close to that. He was a journalist, one of the last of an era where objective, thorough, genuinely honest reporting was the central motivation and conversation in newsrooms across the country. Being a journalist was considered a responsibility and a duty to the nation and its citizens.”

Curle met Farmer in 1970 when she was working as a reporter for KTRK in Houston covering civil unrest. She said Farmer had the “best pickup line ever”— “Chris, what are you doing after the riot?”

“Don will be missed because he was a wonderful reporter, great writer, a hardworking anchor and most importantly, he was a person who cared about his craft,” said Monica Pearson, his co-anchor at WSB.