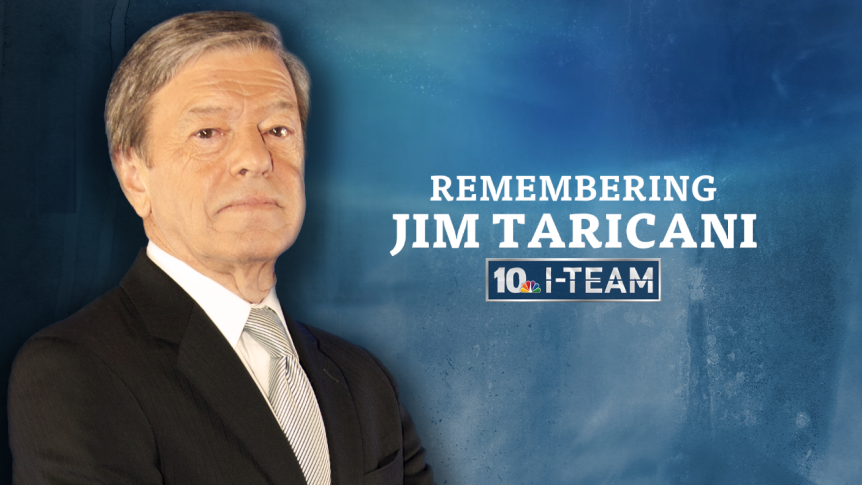 Former WJAR investigative reporter Jim Taricani died at his home in Rhode Island Friday. He was 69.

Taricani started working at the Providence, R.I. NBC affiliate in 1979.

“It’s hard to describe the vast impact Jim had on our lives,” said former WJAR political reporter Dyana Koelsch speaking on behalf of Taricani’s family. “His award-winning investigative reporting personified excellence in journalism. Covering organized crime and government corruption with unwavering courage for nearly four decades, Jim was fair, thorough and compassionate. He was committed to the highest professional standards. Yet he remained humble and curious, accessible to everyone regardless of their position.”

He left TV news to work as press secretary for then Rhode Island Governor Lincoln Almond in 1995 but came back two years later.

Taricani was convicted in 2004 of civil contempt for refusing to reveal the source of a secret FBI videotape that showed a Providence city official taking a $1,000 cash bribe. The video was part of a corruption investigation that ultimately sent former Providence Mayor Buddy Cianci to prison.

Taricani retired in 2014. His funeral will be held Thursday.

.@NBC10 is saddened to report the passing of colleague and friend Jim Taricani
https://t.co/iljuZVmVsm

@RISpeaker Nick Mattiello opened today’s House budget session by asking for a moment of silence in memory of Jim Taricani, an investigative reporter at Channel 10 who had an unparalleled reputation for honesty and integrity. pic.twitter.com/8zrGO2tURN