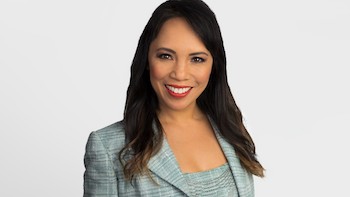 Monreal said she was told her contract would be terminated soon after she informed Scripps’ corporate Human Resources that she was considering filing a discrimination lawsuit against the media organization and Pappas.

“The suit describes Pappas as a white man with ‘a reputation for forcing out or terminating Scripp’s employees, particularly minority employees,'” said the Fort Myers News Press

Scripps told TVSpy, “WFTX is not where we want it to be in the market—and so we are making changes to advance and better connect with the communities we serve there. We are, of course, aware of the lawsuit. While we strongly disagree with the allegations, we will respond in court and not publicly, for the sake of everyone’s privacy.”

In her supplemental complaint filed on April 6, she said the station and Pappas “sabotaged her and her older team members by not providing the evening news team with appropriate marketing and support.”

The Fort Myers News Press said at the time of Monreal’s departure, the evening anchor team was made up of Monreal, chief meteorologist Derek Beasley, meteorologist Cindy Preszler and anchor Patrick Nolan.

All four were told the station was not renewing or was ending their contracts late last year, court records show.

Monreal is an Asian woman and Beasley is a Black man. Nolan and Preszler are white. All four are older than 40, with Nolan and Monreal being older than 50 and Prezler older than 60.

Monreal, Beasley and Nolan declined to comment. Preszler told the Naples Daily News that she could not comment in compliance with a non-disclosure agreement she has with Scripps.