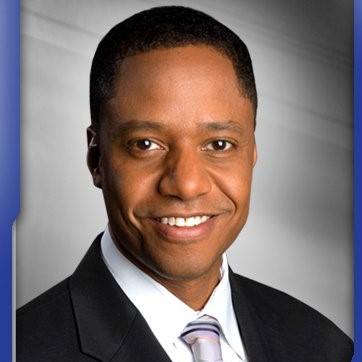 Former KHOU reporter John “Rucks” Russell has died after contracting Covid-19. He was 55.

“We’ve lost a great journalist and former colleague who was more than that. He was family,” anchor Ron Trevino wrote in an email to KHOU staff. “Rucks Russell was not your typical broadcast journalist. I’ve been telling those who never met him that in an industry not short on loud arrogance, he was an island of calm, gentleness and thoughtfulness.”

The Houston CBS affiliate says he had been caring for his twin brother Edgar, who also died from the virus.

“The death of both to that horrible virus is just beyond horrific,” said Trevino. “I continue to pray for his family.”

Russell started working at KHOU in 2006 and left in 2017 to work for Rep. Sheila Jackson Lee, D-Texas. He most recently served as a senior communications specialist for the Health and Human Services Office of Minority Health.

“Here’s the kind of man Rucks was: His real name was John, but he decided to adopt his mother’s maiden name as his air name,” former KHOU reporter Doug Miller wrote on Facebook. “So every time his mother saw that handsome face on television, she heard her son honoring her by saying her name. He was a conspicuously decent man and an exemplar of rectitude, and he has left this world much too soon.”