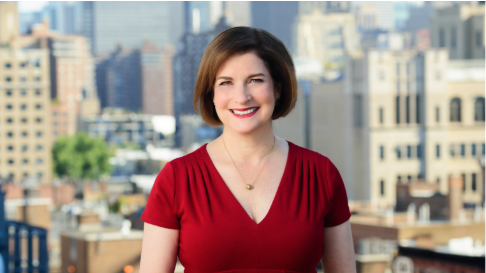 The quintet–who collectively have worked for NY1 for more than 100 years–filed the lawsuit in the Southern District of New York this morning.

“Women on TV should accurately reflect women in society and be celebrated at every age, not treated like decoration that can be disposed and replaced with a newer version.  We have poured our hearts and souls into our work at NY1, but in the end we have been left excluded, marginalized and vulnerable.  We are fighting for ourselves and all other women who face this same struggle on a daily basis, and we hope to send a clear message to all news media across the country that this must change.”

The women are being represented by Douglas Wigdor and Wigdor LLP. Wigdor is the attorney who represented Fox News Channel anchors and contributors in their respective sexual harassment and discrimination lawsuits against the network in 2017 and 2018.

We will hold NY1 accountable for their blatant ageist and sexist views and intend to send a message across all media that this epidemic of discrimination toward older women must come to an end.  We are confident that New Yorkers will rally behind our clients knowing that merit and ability are how people ought to be judged.

Ever since NY1 was taken over by Charter in 2016, Plaintiffs’ then-blossoming careers have  wilted – namely, their on-air time has been dramatically reduced, anchoring opportunities have  disappeared, prime reporting roles have been taken away and promotional efforts have vanished.  All these opportunities which have been snatched from Plaintiffs have been distributed to numerous younger women and men with substantially less experience.

The lawsuit cites the March 11 New York Times opinion piece titled The Fight to Be a Middle-Aged Female News Anchor, which addresses age discrimination in the news media.

The women are demanding a jury trial. It remains to be seen if that happens.

Charter provided us with the following statement:

Here’s a copy of the complaint: