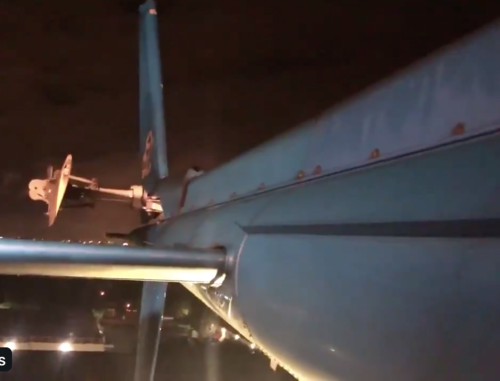 According to the station, the news chopper was over downtown L.A. when it happened.

The drone hit the tail, there was a small amount of damage.

The FAA is investigating the incident after the helicopter made a precautionary emergency landing.

#BREAKING: A DRONE struck the AIR7HD Chopper while they were flying over Downtown LA — requiring a precautionary landing.

Luckily, everyone on board is OK. Hear from our @abc7chriscristi at 11pm on @ABC7. pic.twitter.com/MHbxVMr2Tx