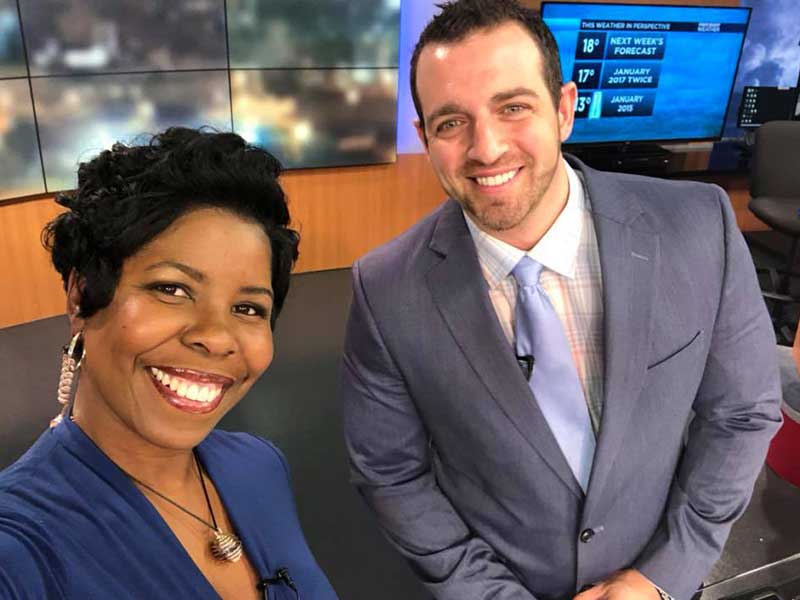 WDBD anchor Mike Sands has been fighting cancer for two and a half years.

The 34-year-old has been given six months to live after receiving news the cancer has traveled to his brain.

Now, he’s decided to leave his post in Jackson, Miss. to move back home to his native Philadelphia to give treatment one last shot the University of Pennsylvania.

“It’s time to go to Philadelphia and give this my everything,” Sands said in an interview to The Clarion-Ledger. “There’s a lot of people in Pennsylvania excited to see me, excited that I’m going to focus solely on my health and none of them will let me quit either.”

Sands has been receiving chemo and anchoring the news since 2016. He was first diagnosed with cancer is 2012 then went into remission. He credits his co-anchor Melissa Faith Payne for supporting him through the process.

His co-workers threw Sands a send off party last week.