NEXT:Here's Craig Melvin's Interview with the Late Hank Aaron
PREVIOUS:NBCSN Will Shut Down at the End of 2021 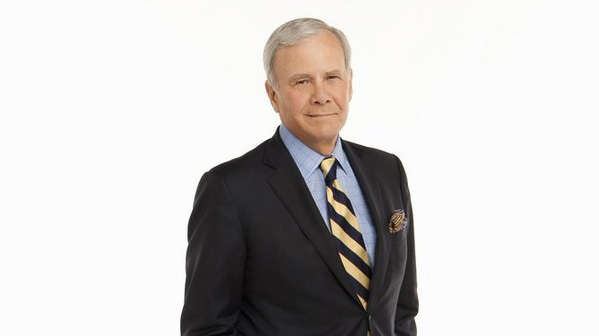 After 55 years, legendary anchor and correspondent Tom Brokaw is retiring from NBC News, he announced today.

“During one of the most complex and consequential eras in American history, a new generation of NBC News journalists, producers and technicians is providing America with timely, insightful and critically important information, 24/7. I could not be more proud of them,” Brokaw said in a statement.

Hailing from South Dakota, Brokaw has spent his entire journalism career with NBC News beginning in the network’s Los Angeles Bureau where he covered Ronald Reagan’s first run for public office, the assassination of Robert F. Kennedy and the 1968 presidential campaign.

In 1973, Brokaw moved to Washington D.C. as the NBC News White House correspondent during Watergate, a position he held until 1976 when he started co-hosting the Today show.

Then, in 1983, Brokaw became the anchor and managing editor of NBC Nightly News with Tom Brokaw, leading the team there through 2004.

Here’s his goodbye to the broadcast:

NBC News broke into its regularly scheduled programming on June 13, 2008 with a special report on the sudden death of Meet the Press moderator Tim Russert. Brokaw anchored that report, and would later serve as MTP moderator for a brief time:

Brokaw was the first American journalist to conduct an interview with Mikhail Gorbachev and was the only U.S. network anchor to report from Berlin the night the Berlin Wall came down, which earned him The Order of Merit from the German government.

Brokaw, who turns 81 next month, has won a number of significant journalism awards, including Peabodys, Duponts, Emmys and The Edward R. Murrow Award for Lifetime Achievement in Broadcasting.

President Obama awarded Brokaw the Presidential Medal of Freedom in 2014. The Medal is the highest civilian award given to those who make “meritorious contribution to the security or national interests of the United States, world peace, cultural or other significant public or private endeavors.”

In 2013, doctors diagnosed Brokaw with multiple myeloma. By late 2014, the cancer would go into remission.

There were also accusations of sexual harassment made against Brokaw by former NBC News and Fox News anchor Linda Vester. In April 2018, Vester went public with allegations that Brokaw had sexually harassed her in 1994.

139 women signed a letter in 2018 which did not dispute the sexual misconduct claims made by Vester, but rather, expressed how Brokaw had “given each of us opportunities for advancement and championed our successes throughout our careers.”

Brokaw’s first book, The Greatest Generation, is considered one of the most popular nonfiction books of the 20th century, and the term has become a widely used title for those who lived through the Great Depression and fought in World War II.

According to NBC News, Brokaw will continue to be active in print journalism, authoring books and articles, and spending time with his wife, Meredith, their three daughters and their grandchildren.