Former NBC News correspondent and Fox News anchor Linda Vester tells Variety she was sexually harassed by longtime NBC News anchor Tom Brokaw. Brokaw denies the charges. In the Variety story, she shares what happened, in her own words, including this incident at the Essex House hotel in New York City in 1994:

Tom patted the sofa, where he intended for me to sit. I sat down, and I was so afraid, I jammed myself up against the back of the sofa and I grabbed a throw pillow, because I was trying to signal to him with my body language that I was both frightened and unwilling. Just to be sure I was getting the message across, I brought up a case of sexual harassment that had happened in the Washington D.C. bureau. “That caused a lot of pain,” I said.

That’s when he leaned over, and pressed a finger to my lips. He said, “This is our compact.”

He grabbed me behind my neck and tried to force me to kiss him. I was shocked to feel the amount of force and his full strength on me. I could smell alcohol on his breath, but he was totally sober. He spoke clearly. He was in control of his faculties.

I broke away and stood up and said, “Tom, I do not want to do this with you. If I did, I would leave for London with a loss of innocence and I don’t want to go down that road.” I had just been promoted to foreign correspondent in the London bureau.

He sat there for what felt like minutes and he finally said, “I guess I should go.” I said, “Yeah.” And he got up and tried to kiss me again on the way out as he left. 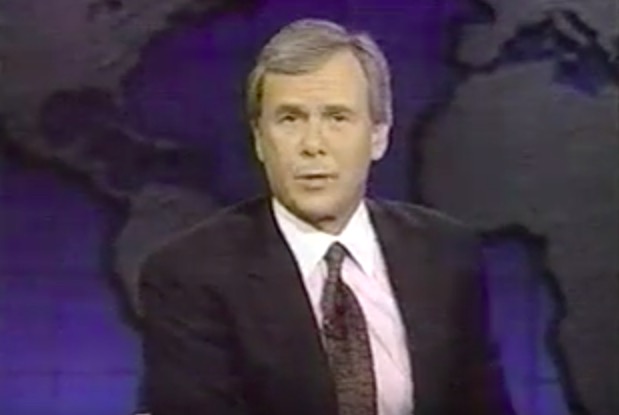 In a statement, Brokaw said, “I met with Linda Vester on two occasions, both at her request, 23 years ago because she wanted advice with respect to her career at NBC. The meetings were brief, cordial and appropriate, and despite Linda’s allegations, I made no romantic overtures towards her at that time or any other.”

Vester spent 10 years at NBC, joining as a researcher in 1989. She bounced between assignments at NBC affiliates and at the network until 1993 when she was named correspondent, after which she spent time in the London and Chicago bureaus. In 1997, she was named anchor of NBC News Sunrise and also anchored on MSNBC.

Vester moved to Fox News in 1999 and anchored dayside shows until 2005.

Last fall, weeks before Matt Lauer was dismissed from NBC and Charlie Rose was fired from CBS, both for inappropriate behavior, Vester opened up about the harassment she says she endured, but didn’t name Brokaw at the time.

“At NBC News, I had to endure sexual harassment by a very powerful network figure. I didn’t know what to say to get out of the situation without offending him and losing my job, and reporting it to HR wasn’t an option,” she said in an online video meant to help parents teach their children about workplace harassment.

In 2014, we caught up with Vester who told us the late Roger Ailes, who co-founded Fox News and was dismissed in 2016 after being sued for sexual harassment, was like a mentor for her.

“Roger understands viewing habits, viewers, and human psychology in a way that I’ve never seen anyone in the broadcasting industry get it,” she said.