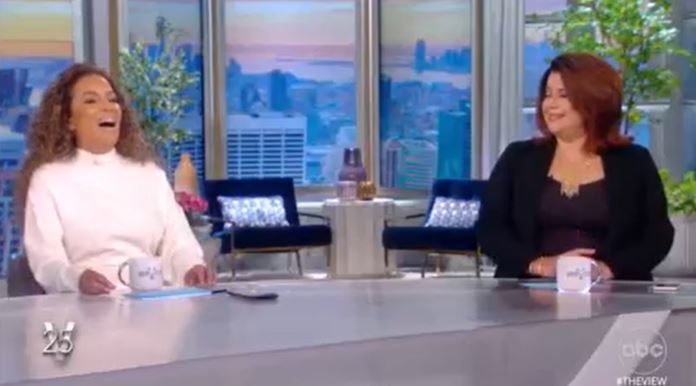 Last Friday’s broadcast of The View was an especially chaotic one. But this time, the chaos didn’t include intense arguing between panelists.

Co-hosts Sunny Hostin and Ana Navarro were pulled from The View stage mid-segment on Friday morning’s show after testing positive for Covid-19 just moments before Vice President Kamala Harris was set to make her first live, in-studio appearance since being sworn in last January.

It was later found, however, that the tests were false-positive, and the co-hosts were cleared to return to the table for this week.

Hostin and Navarro were back in the studio Monday.

Joy Behar addressed on-air Monday what took place late last week, saying, “I’m thrilled to report that Sunny and Ana’s Friday results turned out to be false positives and everyone is safe, healthy and Covid-free. No one’s got it, it was a mistake of some sort.”

The View ep Brian Teta received some blowback on Friday for noting (without their permission) that Hostin and Navarro had tested positive. Teta addressed the situation as well:

An unbelievable set of circumstances. We found out moments before we came back on the air, and in that moment all I could think we had to keep the hosts safe and the Vice President safe. That led to some really awkward television that I’d like to have back if I could. But I really want to acknowledge and apologize to Sunny and Ana because in this midst of all this chaos they were put in this position where they had this information put out on television; to make it even worse it turned out to not be true — false positive. So, it was unfortunate that mistakes were made, and I can confidently say we have very vigorous safety protocols. I’m so relieved that everyone is healthy, and that no one was ever in danger. 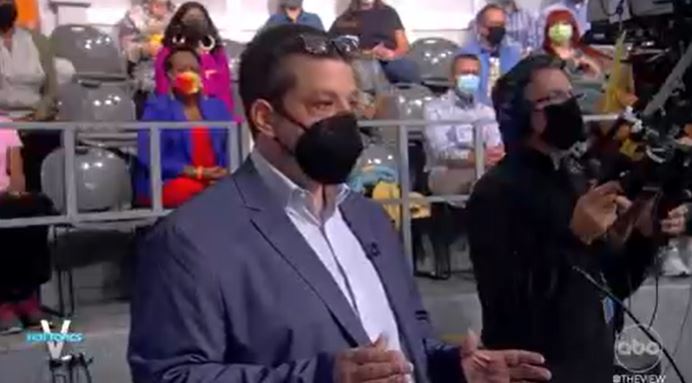 First let me say, there was an incredible outpouring of love and support from so many people and I appreciate it so much. Social media, and I got hundreds, really thousands of messages, calls, text messages, it was pretty incredible. I didn’t know people liked me that much. So, thank you for that.

It was really uncomfortable for my results to be released publicly before I even knew what was going on, before they were verified, before I was tested and again and again. There are real-life ramifications when things like that happen. My husband is a surgeon, as everyone knows, and he was in the operating room and had to be pulled out of the operating room. Because God forbid he’s operating and is Covid-positive. My child’s school had to be notified – she had to be pulled out. My parents had to be rushed to be tested. My son was notified at school as well. These were the sorts of real-life things that were happening and for me it was particularly triggering because not too long ago I had delivered the eulogy at my in-law’s funeral. You can imagine how I felt thinking I could possibly be Covid-positive and my family could experience another loss; a loss that I don’t think my husband could handle.

I was relieved, to say the least, to find out that I was Covid-negative, and I always was assured by the fact that I am fully vaccinated. So, even if I were Covid-positive, I was convinced that I would likely be OK.

Friday, I was flabbergasted, and frankly my first thought was, “Oh, my god,” because I just spent the day with Kamala Harris’ sister, niece and brother-in-law. I was like, “I’m typhoid Mary and I’m going to wipe out the entire Harris family in one week.” My immediate thought was: “Call the family, they don’t want them to find out from TV.” It shows you how instant these day days news travels. I was also overwhelmed by the love, mostly love. I will tell my Latino and Black Twitter- “Pipe down, folks, this is not a conspiracy that they brought out Sunny and me, the Latinos are like, where our girls going?”

She also called out the former president’s son, Donald Trump Jr., who had previously insulted her on social media for having tested positive, and also referenced her weight. Navarro said, “he [Trump Jr.] thought it was appropriate to take advantage of the false news that I had Covid to take a shot at my weight. I take a shot at my weight every day, unlike you I have a mirror and I know I have a weight issue …”