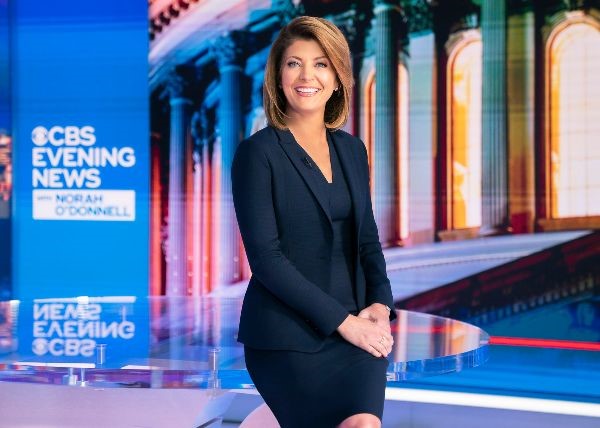 “Tonight is the start of a new era for the CBS Evening News, as we broadcast from Washington. So thank you so much for joining us.”

That was how CBS Evening News anchor Norah O’Donnell opened tonight’s broadcast from the show’s new Washington D.C. digs for the first time.

CBS’ flagship newscast becomes the only one of “the big three” that’s based out of our nation’s capital, and it’s hoping to leverage its unique location in the nation’s capital, while remaining focused on both national and international stories of interest to Americans.

“Many stories across the country have a nexus to Washington, such as health care and taxes,” said O’Donnell. “We are going to continue CBS News’ tradition of original reporting and great storytelling. Our goal is to remain a trusted news leader. And this just expands our reach.”

The permanent move to D.C. comes 4 1/2 months after O’Donnell took on Evening News anchor duties, beginning July 15. The newscast had been originating from CBS News HQ in New York up to this point.

O’Donnell is now teaming with former Situation Room with Wolf Blitzer ep Jay Shaylor, who left CNN in September and was given the reins to run the CBS newscast last month.

“Our move to Washington, D.C., allows Norah to bring viewers the heart of the story from the center of where everything is happening,” Shaylor said in a statement. “Being based in the nation’s capital allows us to showcase Norah’s exceptional skills as a reporter, while still bringing our audience the in-depth investigations, powerful storytelling and worldwide reach people expect from CBS News.”

O’Donnell concluded tonight broadcast by telling the viewers, “let us know what you think,” (presumably about the new set and location) and went on to thank the CBS News team “for making all of this possible.”

Tonight is the start of a new era for the @CBSEveningNews as we broadcast from Washington, DC – we hope you’ll join us. pic.twitter.com/fRsx9qIbSj

According to fast nationals data from Nielsen, the broadcast delivered 6.8 million total viewers and 1.4 million adults 25-54, making it the most-watched CBS Evening News telecast since O’Donnell became anchor on July 15.

Granted that’s far less than what ABC or NBC traditionally deliver in the evenings, but the program has been posting solid audience growth on a weekly basis throughout the fall, and hopes to give World News Tonight and NBC Nightly News more of a run for their money going forward.