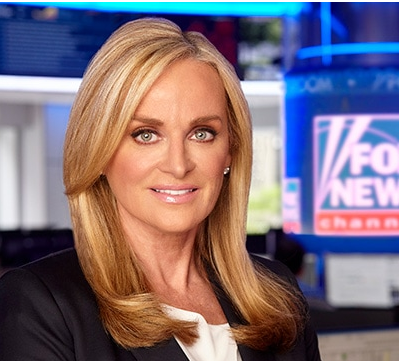 Fox News chief executive officer Suzanne Scott–a Fox News vet of 23 years who first started out as an EA to former Fox News programming chief Chet Collier–has become adept at blocking out the noise around her. It’s must be tough, especially considering the current, polarizing president turns to the network, for, as Los Angeles Times’ Steve Battaglio aptly puts it, “policy advice and emotional sustenance.”

“Of course people are going to pay attention to what we’re doing,” Scott told Battaglio in a recent interview. “People always want to shoot at the leader … But I care about growing our business and keeping us profitable.”

Despite advertisers fleeing from Tucker Carlson and Laura Ingraham’s prime-time shows due to their incendiary remarks, Fox News appears to be standing by their hosts.

“Our viewers trust our hosts and are loyal, passionate followers,” Scott said. “We just cannot cave to political activists or those kinds of groups. We fully support our talent.”

Many national advertisers might not be fond of Carlson and Ingraham right now, but the network is still making a lot of money from cable fees, $2.95 billion in sub and ad revenue this year, which is +7 percent year-over-year, writes Battaglio.

Then there’s the digital and mobile presence. Fox News Digital had 104 million unique users in February, an increase of 17 percent versus February 2018, per comScore. Scott was also a force behind the development of Fox Nation, the streaming service launched in November that focuses on conservative opinion content. Sign-ups for the service are well ahead of projections, said Scott.

She has been tasked with leading a network that had been ravaged by lawsuits, talent and executive departures in the not too distant past. The network’s top figures Bill O’Reilly and the late Roger Ailes left in light of high-profile sexual harassment complaints. Bill Shine left in May 2017 due to to his handling of the scandals.

She talked to Battaglio about moving on from that difficult period:

“I felt devastated for the women who work here,” Scott said. “I wanted to do everything I could to heal this place.”

She had one-on-one meetings with employees about the company’s work environment for women and how to improve it.

“It was often uncomfortable and emotional,” Scott said. “One of the things that was said to me was, ‘How do I explain to my family that I work at Fox News?’”

In some of those discussions, it was necessary for Scott to tell employees she had no knowledge of Ailes’ behavior even though she was part of his inner circle.

“I had no clue on what was going on in Roger Ailes’ office,” Scott said. “I have never had any issues with any sort of harassment myself.”

Scott has made many positive changes in her time as chief exec. She oversaw a $135 million upgrade to the Fox News facilities and studios. Adweek received a tour of the new second-floor newsroom last summer.  There’s a monthly breakfast for women. A mentoring program has also been implemented. There are also company-wide meetings where all staffers can air their concerns.

Fox & Friends meteorologist Janice Dean is one of the many Fox Newsers who are thrilled with the new leadership. “I don’t feel fear anymore,” Dean told the Times. “It truly is because of the strong women who work at the company now.”