NEXT:Scoreboard: Thursday, May 23
PREVIOUS:Scott Pelley: 'I Lost My Job at the Evening News Because I Wouldn’t Stop Complaining to Management About the Hostile Work Environment' 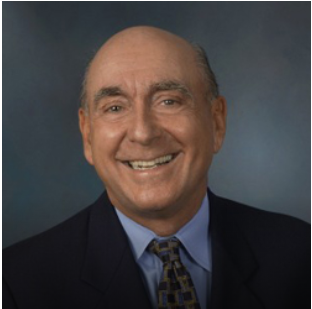 Legendary ESPN college basketball analyst Dick Vitale won the Lifetime Achievement Award at the 40th annual Sports Emmys earlier this week, and reflected on his extraordinary journey to this moment.

“I’m in awe, to be honest with you. And I mean that sincerely,” Vitale told sports media outlet Awful Announcing on Monday. “When they called me and told me I was going to be the recipient, I said, ‘Are you kidding me? Are you serious?’ When you look at the list of broadcasters who have been honored, you’ve got Vin Scully, people like Howard Cosell, Keith Jackson, John Madden. It’s unbelievable. And to think, when I started 40 years ago, trust me, there’s never been a thought in my mind about any kind of Emmys, Hall of Fame, and my career’s exceeded any dream I’ve ever had.”

Vitale told the story of how he ultimately got into sports TV business, through a longtime sports TV executive named Scotty Connal.

When Connal was at NBC in 1977, Vitale coached the University of Detroit to the Sweet 16 of the NCAA Tournament and the network televised the game against the University of Michigan regionally in the Midwest. After Curt Gowdy and John Wooden called the Titans’ loss, they told Connal that they liked Vitale’s enthusiasm and energy.

“They said write his name down,” Vitale said, “you should think about hiring him.”

Vitale was fired by the NBA’s Detroit Pistons on Nov. 8, 1979, and shortly after that Connal, who left NBC for a new sports network named ESPN, said he wanted Vitale to call the first college basketball game on Dec. 5 of that year.

In what was a nearly-18-minute speech, Vitale called ESPN his second family and credited all the play-by-play people, producers, directors, graphic operators, managers and drivers who helped him over the years, but singled out Simpson, Bob Ley and former network president George Bodenheimer with helping him from the beginning.

“They’ve treated me like royalty, I can’t tell you,” Vitale said. “I’ve been a blessed, lucky guy.”