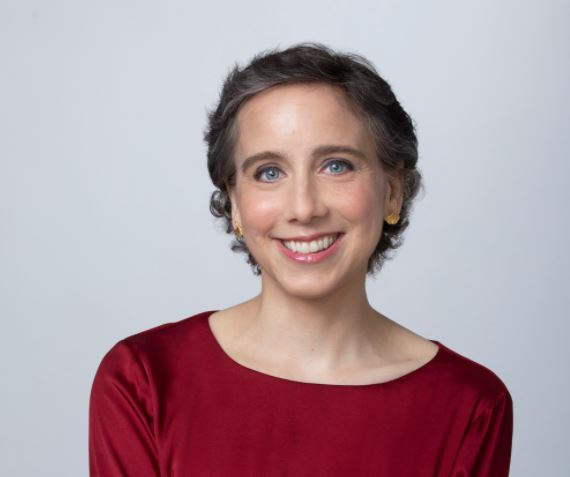 ABC News has finally found its new executive in charge of Good Morning America, and it’s a figure who knows the broadcast as well as anyone.

“Simone is a dynamic, thoughtful and creative leader, experienced in collaborating across platforms,” ABC News president Kim Godwin said in a memo to staff. “I’m confident that she and the GMA team will continue to lead the show in new and innovative directions.”

Swink joined GMA in 2010 as a writer and has worked on all aspects of the broadcast from overseeing the writing department to leading the 8 a.m. hour and serving as a key contributor in the control room each morning.

Swink becomes the first executive in charge of America’s most-watched morning show since the exit of Michael Corn back in April. Corn, the former executive in charge (and senior executive producer) of GMA, is currently being sued for sexual assault by GMA producer Kirstyn Crawford. In addition to alleging sexual assault, Crawford is claiming that Corn “fostered a toxic work environment” during their time working together on the broadcast.

Crawford states in her lawsuit, which was filed in New York state court last week, that Corn assaulted her in 2015 during a business trip to Los Angeles. She also alleges former ABC producer Jill McClain was sexually assaulted by Corn when the two worked at World News Tonight roughly a decade ago, before Corn moved to GMA. McClain isn’t a plaintiff in Crawford’s lawsuit, but she is supporting Crawford’s case.

Back to Swink — Her ABC News journey began in the Washington bureau working for This Week with Sam Donaldson & Cokie Roberts and then Nightline. Next, she helped launch the National Geographic Channel’s evening newscast and produced climate change coverage for the broadcast, taking her around the world from New Zealand to the Galapagos and Peru. She also worked on the launch of both Jane Pauley and Martha Stewart’s daytime talk shows and covered the Asian and American financial markets for Bloomberg Channel. Returning to ABC News, she joined the long-form unit, covering Nascar for nine months, taking her to almost every track in the country for NASCAR in Primetime.