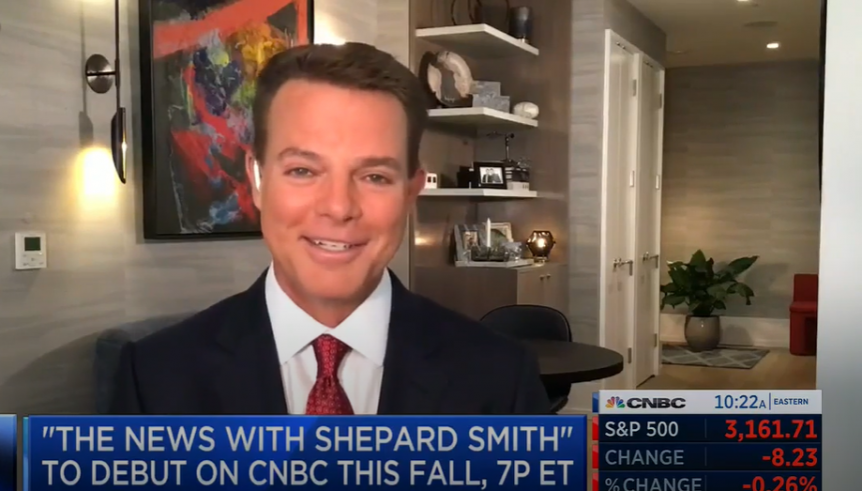 Shep Smith wants CNBC viewers to know that his upcoming show on the network will have “no opinion, no pundits … nobody telling you what to think, or how to feel. Just what the facts are.”

Smith appeared on CNBC during the 10 a.m. ET hour today to chat with Squawk on the Street’s Carl Quintanilla about his 7 p.m. newscast—The News with Shepard Smith, which will debut on the network this fall.

“I promise you, that our job and our goal and our mission every day is to find the truth and tell the truth,” said Smith. “In context and with perspective. Without fear or favor. If we’re making people upset by telling the truth, that’s their problem.”

Smith—who abruptly left Fox News last October after a 23-year stint as the network’s most celebrated member of the on-air news division—didn’t mention any of his cable news friends by name during his appearance, but did say that most of them “are in opinion television,” adding, “And good for them. If you want to tune in at night and hear the opinion that’s opposite from yours, or you want to have your own feelings amplified, then go ahead. But if what you’re looking for is a newscast, you’re hard pressed to find that on cable.”

CNBC svp of business news Dan Colarusso said in a statement that Smith’s program aims to go beyond financial markets, “to tell rich, deeply reported stories across the entire landscape of global news.” Up until this announcement, CNBC had been airing a 7 p.m. show focused on Covid-19 and the economic crisis. It ended the show last Thursday.

How has Smith been spending his time since October?

“Watching CNBC, and everyone else for that matter, and reading a lot,” he responded. “We’ve never had a news cycle like this, and it was already literally crazy before I signed off, and watching it as a viewer has been a new experience. I’ve been a journalist for 30-plus years, and watching it from the outside has been fascinating.

“There wasn’t really a time where I felt like ‘I gotta go do this,’ until CNBC came along with a plan for a newscast that’s about news.”