NEXT:Week of June 29 Morning Show Ratings: GMA Returns to No. 2 in the Demo, but Remains No. 1 in Total Viewers
PREVIOUS:Monday, July 6 Scoreboard: Fox News Won Prime Time, Total Day and Dayside in Total Viewers and A25-54 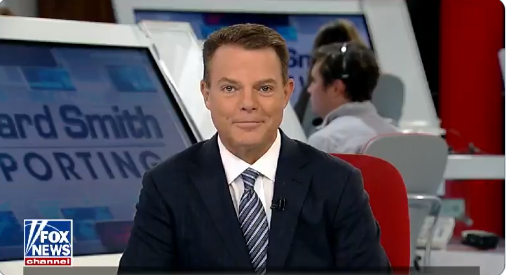 Shepard Smith is returning to cable news just in time for the election, but his new home isn’t where you might expect.

The News With Shepard Smith will launch this fall, and air weekdays in the 7 p.m. hour on CNBC. This seems like a surprising move, and as WSJ’s Joe Flint notes, the newscast “marks a significant shift in the evening programming strategy for CNBC, which currently relies on light, unscripted fare.”

CNBC chairman Mark Hoffman said in a statement that Smith’s program “will try to serve as the perfect bridge between CNBC’s daytime investor-focused news programming and the network’s aspirational business-oriented entertainment programs in prime time.”

Hoffman added: “Information is coming at us from every direction. If we’re not careful, life-altering decisions will be made based on half-truth, rumor, misdirection or worse. We aim to deliver a nightly program that, in some small way, looks for the signal in all the noise. We’re thrilled that Shep, who’s built a career on an honest fight to find and report the facts, will continue his pursuit of the truth at CNBC.”

“Gathering and reporting the news has been my life’s work. I am honored to continue to pursue the truth, both for CNBC’s loyal viewers and for those who have been following my reporting for decades in good times and in bad,” added Smith in a statement of his own. “CNBC chairman Mark Hoffman, a journalist himself at his core, presented me with CNBC’s vision for a fact-based, hourlong evening news program with the mission to cut through the static to deliver facts, in context and with perspective. I know I found a great home for my newscast. I am excited to be working with the exceptional talent at CNBC and eager to build a team focused on uncovering the news behind the headlines.”

The Wall Street Journal and Los Angeles Times were on it early.

Smith shocked the television news world by leaving Fox News in October 2019 amid disagreements with a number of his colleagues in the opinion space. Smith, the network’s chief news anchor and managing editor of the breaking news unit, was one of Fox News’ original hires in 1996, and covered essentially every major news story during his time there.

Smith has been a stern critic of the Trump administration, with Potus going after him on a number of occasions via Twitter. It remains to be seen whether Trump acknowledges Smith’s arrival at the NBCUniversal-owned business news network.

This will mark the first major talent signing since former Telemundo Enterprises chief Cesar Conde was named NBC News Group chairman in May, although Smith is moving to the company’s business news network, as opposed to the company’s politics-focused cable channel, MSNBC, which will certainly surprise media business followers.

Smith will be based out of CNBC global headquarters in Englewood Cliffs, N.J.