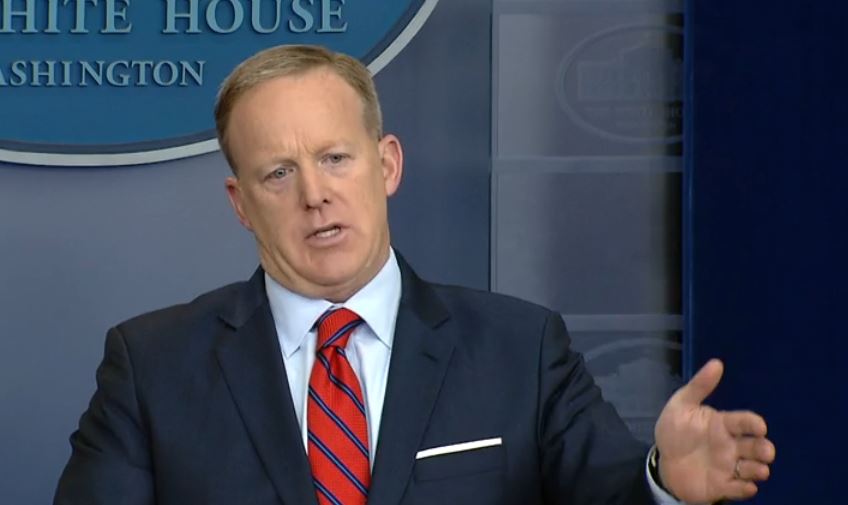 The Times’s Glenn Thrush was first to report the news and got this scoop:

Mr. Trump offered Mr. Scaramucci the job at 10 a.m. The president requested that Mr. Spicer stay on, but Mr. Spicer told Mr. Trump that he believed the appointment was a major mistake, according to person with direct knowledge of the exchange.

It's been an honor & a privilege to serve @POTUS @realDonaldTrump & this amazing country. I will continue my service through August

Spicer’s first briefing as press secretary–6 months ago today–set the tone for what has been a contentious relationship between the press corps and the administration. The briefing that day, during which Spicer took no questions, was about inauguration crowd size. “There’s been a lot of talk about the media holding Donald Trump accountable,” Spicer said at the time. “And I’m here to tell you that it goes two ways. We are going to hold the press accountable as well.”

Here is one of Thrush’s more memorable moments sparing with Spicer. From March:

Then there was this. From February:

And who can forget SNL’s take on both Spicer and Thrush. “Glenn Thrush. New York Times. Boo. Go ahead.”