NEXT:Martha Raddatz: 'As a Journalist Assigned to Cover the Military, I’ve Always Seen My Job as Much Bigger Than That, a Much Greater Cause'
PREVIOUS:Keith Morrison Is Featured in a Special Episode of the Fictional Dateline: DeGeneres 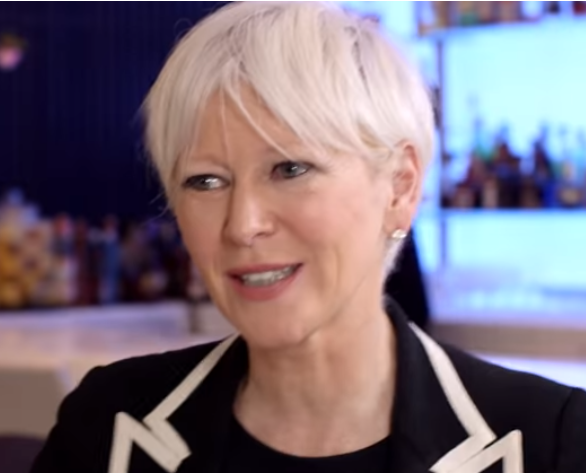 Joanna Coles – the former Hearst Magazines editor and first-ever chief content officer for the legendary publishing company – is joining CBS This Morning as a creative adviser. The role will be part-time.

Prior to taking on the role of chief creative for Hearst –  where she oversaw the company’s domestic and international titles – Coles was editor in chief of Cosmopolitan.

She was named editor of Cosmo in 2012, which is Hearst’s biggest title, and perhaps the best-known women’s media brand on the planet. Coles later added oversight of Seventeen magazine as the magazine’s editorial director.

Coles joined Hearst in 2006 as the editor in chief of Marie Claire, and is a two-time Adweek Hot List editor of the year.

Variety was first to report.

Joanna Coles// Until this summer Joanna Coles was editor and chief content officer of Hearst Magazines, overseeing more than 300 publications worldwide. Over the coming months she will be working with us on a part-time basis as a Creative Advisor.

Initially, Joanna will be engaged with the CBS This Morning team and will weigh in on other strategic opportunities. We love the journalism that CTM is doing, we believe in the people doing it—and we want Joanna’s perspective and experience to help us engage new audiences everywhere around that work.

Before her career at Hearst, and authoring books and contributing to television, Joanna spent 15 years as a reporter, editor, and columnist for a range of publications including the Daily Telegraph, the Guardian, the New York Times, New York Magazine, and the BBC. Currently, she serves on the board of directors for Snap, giving her unique insight into the social and digital experiences that animate viewers.

She also brings a sharp sense of humor and a habitual viewer’s perspective to our daily experience of news coverage in this extraordinary climate. Welcome, Joanna, to CBS News.

Here’s some of what Coles has been getting into since leaving Hearst: