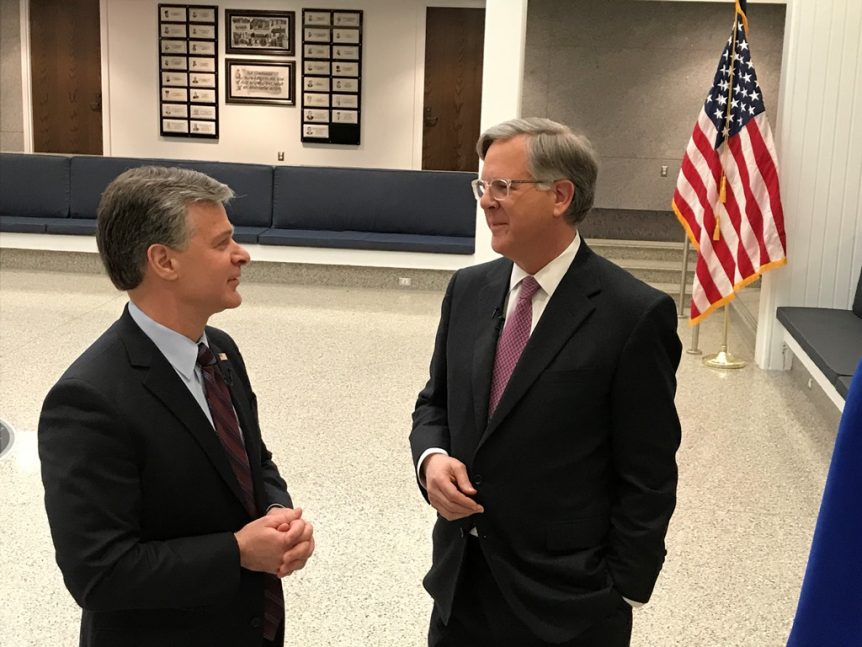 NBC’s Justice correspondent Pete Williams marks 25 years with NBC News by getting an interview with FBI Director Christopher Wray, during a very tumultuous period for the bureau.

Wray has been FBI Director since September, 2017 following the firing of previous director James Comey in May. From May to August, Andrew McCabe served as acting FBI director. He was fired from his 22-year FBI career last Friday night.

A portion of the interview airs tonight on Nightly News, with more in the coming days.