It’s been quite a busy 2019 for svp of NBC News & MSNBC specials Rashida Jones. In May, she was the executive in charge for the launch of NBC’s streaming news service NBC News Now. The following month, she was at the helm for the first televised Democratic primary debate of the 2020 election season.

“As a person who has to deal with debates and telling candidates, ‘You have 60 seconds,’ I am keeping to 60 seconds,” Jones quipped to those in attendance at the 2019 NAMIC Annual Awards Luncheon, held yesterday at the New York Marriott Marquis.

“You don’t get an award like this because of the work that you’ve done – hopefully you get it because of what you’ve helped other people do so this is more meaningful to me than many other things and I appreciate this,” Jones added.

“And I’d like to thank my NBC family, who are here representing very well, specifically to Yvette Miley who is the North Star of creating a career, creating a life, that is representative of helping other people, helping people grow, helping people develop,” said Jones. “She’s done that for me and I want to say thank you.”

And of course, Jones made a point of working thanking her biological family.

“I want to thank my actual family. My mom is here, she came in from Virginia last night, surprisingly. Speaking of kids, I want to thank my 13-year-old and 10-year-old for being the most understanding children of a journalist that you could ever imagine. More than that, when they are questioned, ‘What does your mom do?’ You know, ‘What is her career?’ They start with, always, ‘My mom helps people,’ so I appreciate that – thank you.” 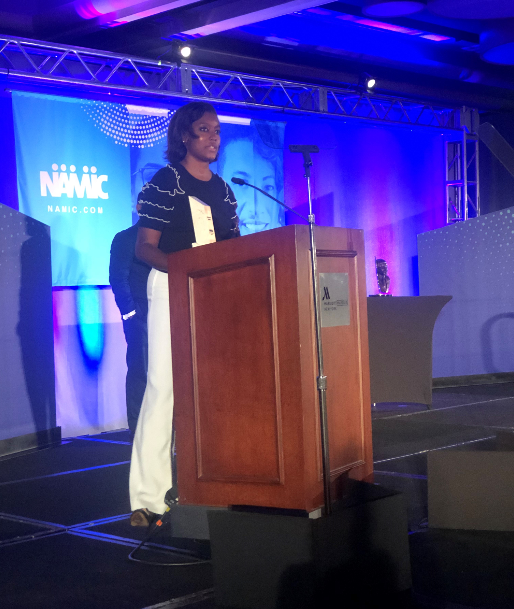