NEXT:Tuesday, July 13 Scoreboard: Fox News Is No. 1 in Total Day and Primetime Demo
PREVIOUS:Tucker Carlson on Why His Show Has a Unique Place in the Conservative Universe 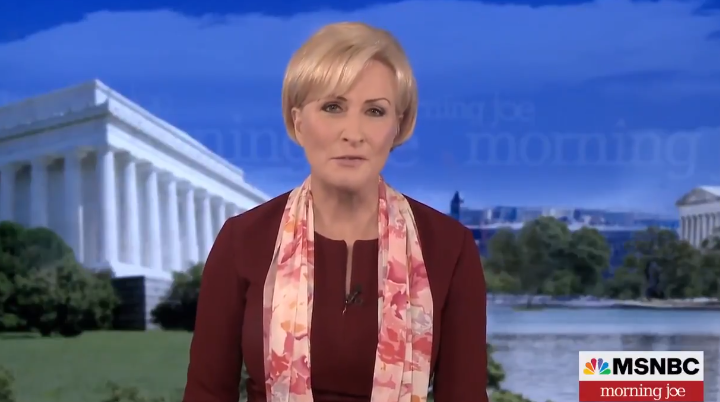 Fast forward 25 years to the day, and MSNBC is announcing that Peacock’s streaming news channel, The Choice, will officially rebrand as The Choice from MSNBC, featuring new programming along with additional series in development to be fronted by familiar faces.

“I’m so proud that today–on MSNBC’s 25th anniversary–we are expanding our footprint and investing in even more robust streaming programming on Peacock,” said MSNBC President Rashida Jones. “As we look to the future, we will continue to be on the frontlines of every major news event and bring our viewers in-depth reporting, perspective and analysis across streaming, digital and beyond.”

Since launch, The Choice has featured The Mehdi Hasan Show and Zerlina and streamed special event coverage from the Morning Joe trio of Joe Scarborough, Mika Brzezinski and Willie Geist.

MSNBC Perspectives is a new addition to The Choice on MSNBC lineup. It’s a new hour-long highlight show featuring a collection of content from the previous day’s opinion programming—Morning Joe; Deadline: White House; The Beat with Ari Melber; The ReidOut; All In with Chris Hayes; The Rachel Maddow Show; The Last Word with Lawrence O’Donnell; The 11th Hour with Brian Williams; VELSHI; The Sunday Show with Jonathan Capehart; The Cross Connection with Tiffany Cross; PoliticsNation with Rev. Al Sharpton; American Voices with Alicia Menendez; The Mehdi Hasan Show; and The Week with Joshua Johnson.

The hour-long “best of” clip show launches today at 5 p.m. ET, and will stream in that 5 p.m. slot weekdays on The Choice from MSNBC.

MSNBC is also developing three series exclusively for the channel.

Fireside History with Michael Beschloss will examine huge events in history through a modern lens. The NBC News Presidential Historian will unearth stories from the NBC News archives, using historical footage and live interviews that offer viewers real perspective into stories like voting rights history, the development of the Tea Party and the Challenger disaster.

Morning Mika, debuting later this year, will be a news and commentary program hosted by Mika Brzezinski, the Morning Joe co-host, founder of Know Your Value and New York Times best-selling author. Brzezinski will sit down with newsmakers, lawmakers, experts and Washington insiders on the biggest stories of the day.

Additionally, Nicolle Wallace will host a special series, with more details to be released at a later date.

Additionally, since the channel launch, the Morning Joe trio of Scarborough, Brzezinski and Geist have contributed special coverage of news events like presidential debates and Inauguration Day on Peacock. They will continue to provide commentary and analysis as major events unfold on The Choice from MSNBC.