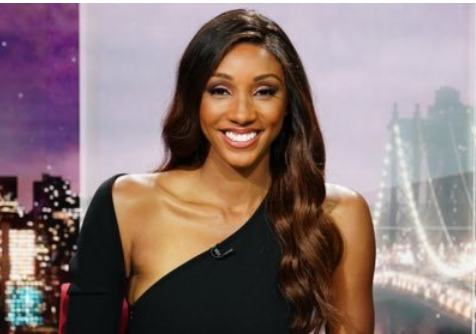 ESPN & @MariaTaylor jointly announced today that after much discussion, an agreement on a contract extension could not be reached

As a result, her last assignment for ESPN was last night’s NBA Finals telecast

“So thankful to Jimmy and all of my great teammates and friends at the SEC Network, College GameDay, Women’s and Men’s college basketball, and the NBA Countdown family — the people who believed in me, encouraged me, pushed me, and lifted me up.  Words are inadequate to express my boundless appreciation, and I hope to make them proud,” Taylor said in a statement.

According to multiple reports, Taylor is poised to join NBC Sports, and if a contract is completed, she’s expected to be a member of NBC’s Tokyo Olympics team.

Taylor’s departure comes just weeks after a private tape of leaked comments were reported by the New York Times in which fellow NBA host and reporter Rachel Nichols’ alleged ESPN gave Taylor the NBA Finals studio hosting job to make up for what Nichols described as the network’s “crappy longtime record on diversity.” Nichols was unaware that her conversation about this matter with LeBron James‘ PR advisor, Adam Mendelsohn was being recorded, and the audio was leaked by an ESPN employee who no longer works at the network.

If (when) Taylor joins NBC, she could be the future studio host of NBC’s highly-rated Football Night in America when current host Mike Tirico takes over for Al Michaels as Sunday Night Football play-by-play broadcaster in fall 2022. It is not fully set that Taylor will replace Tirico in that role, but, such a move would make sense, considering Taylor’s experience at ESPN as a studio host. The New York Post’s Andrew Marchand reports that Taylor could also have a role on NBC’s Notre Dame football coverage this season.

In addition to hosting NBA Countdown during this year’s playoffs, the former DI athlete-turned sports newser contributes to ESPN College Football GameDay, the national championship sideline, and is the network’s NCAA women’s host.