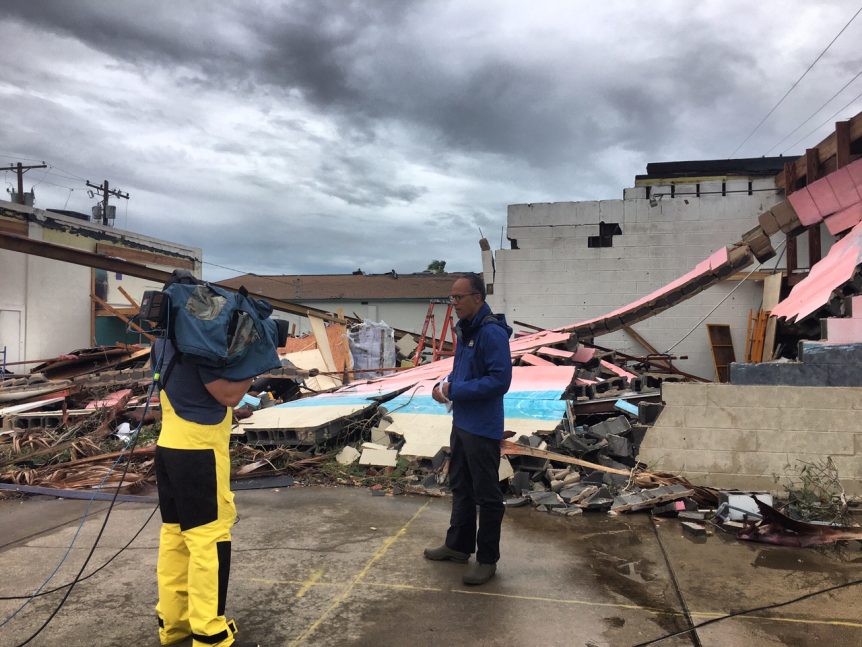 Holt’s Nightly News team is no stranger to covering these types of extraordinary events.

“This is what we do,” Holt told TVNewser this morning by phone. “We have done these types of segments before, and have been caravaning to various locations. We are fine.”

Holt, the only regular evening news anchor who’s on the ground, provided us with his observations from south Texas.

TVNewser: How are you and your team doing right now?

Holt: I started out in San Antonio with a caravan of 14 vehicles. After San Antonio, we made our way to Corpus Christi at the edge of the hurricane, and did our reporting the next day from Rockport, which is where the eye was. We then packed up several vehicles with our crews, producers and correspondents, and headed to Houston, which had become a flood disaster. We braved some pretty big storms on the way from Rockport here to Houston, and we were able to quickly set up shop.

Holt: We have very lucky, and able to find hotels with functioning water and power. This is always a bonus because I have been to events like these where you end up living in your car for a couple of days. That has been very helpful.

TVNewser: I imagine you have been interviewing Texans throughout your travels. What are they telling you?

Holt: People have been calling for help, and frankly, it hasn’t been coming very quickly. Officials have been very blunt about handling these sorts of situations. They have to deal with life-threatening emergencies at this second, and those are priorities. They have been receiving tens of thousands of 911 calls for help. They’re trying to triage the best they can. Luckily, these places have been receiving help from a lot of outside cities. I have been seeing first responders coming in from New York, for example. But the system is overwhelmed right now. 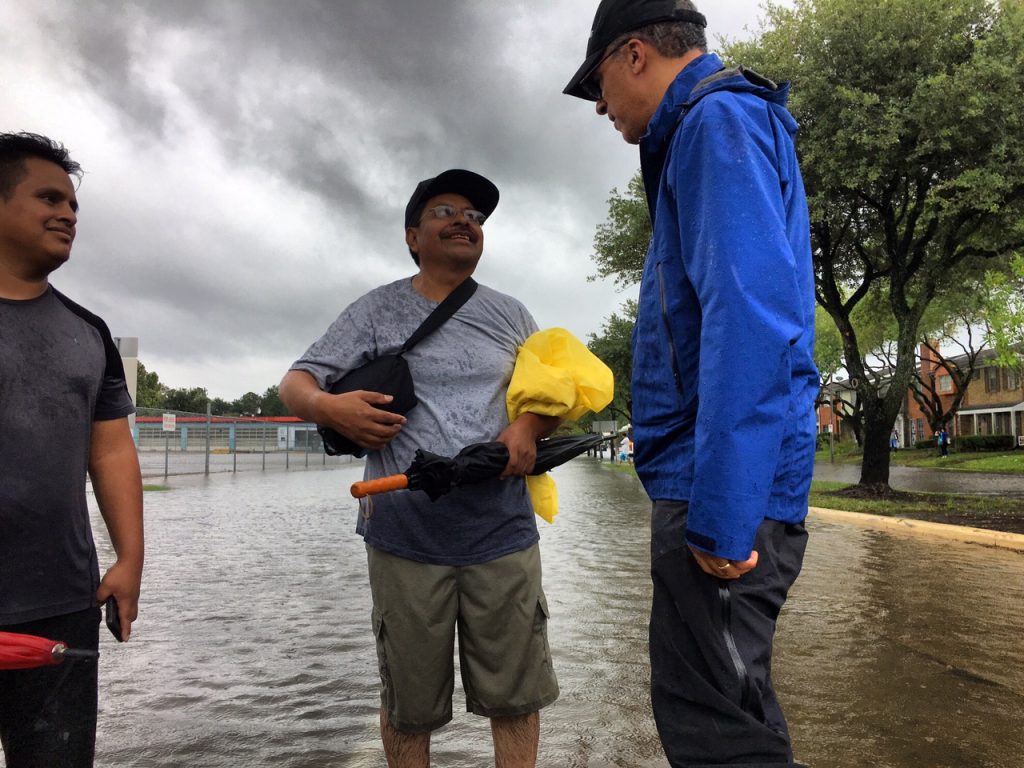 TVNewser: Give us a tease of stories you’ll be sharing during tonight’s broadcast of Nightly News.

Holt: We are continuing to follow this story, and there are a couple big story lines we’ll bring up tonight. They’re releasing water from some dams here in Houston. They’re trying to do it slowly and we’re going to see what impact of that is. We’re also following a situation north of Houston where a mandatory evacuation is in effect. Officials are asking people to get out because they have modeled a 10-foot flood there in hopes of getting people out there. We’re continuing to follow the story.

The interesting thing about this is you see something on a map, and at first you think it’s far from you. But you can’t truly account for what intersections or what roads are going to be flooded. So it’s been a little tricky for us, but we have a lot of experience doing these things, and we’ll make it through. 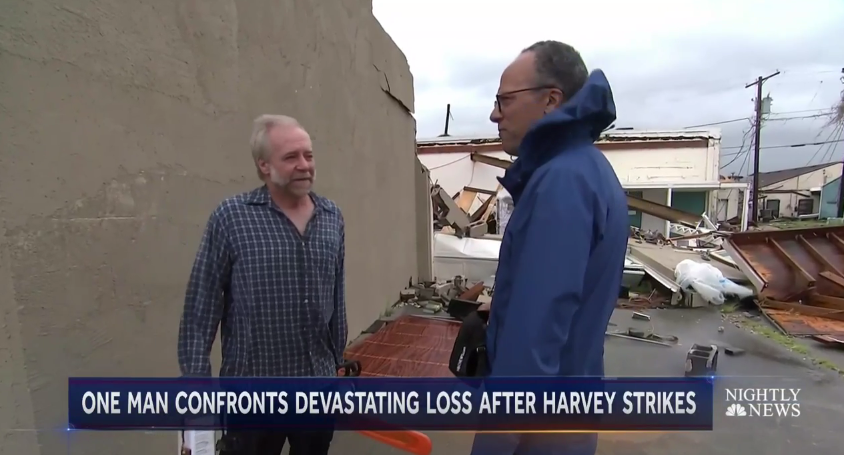