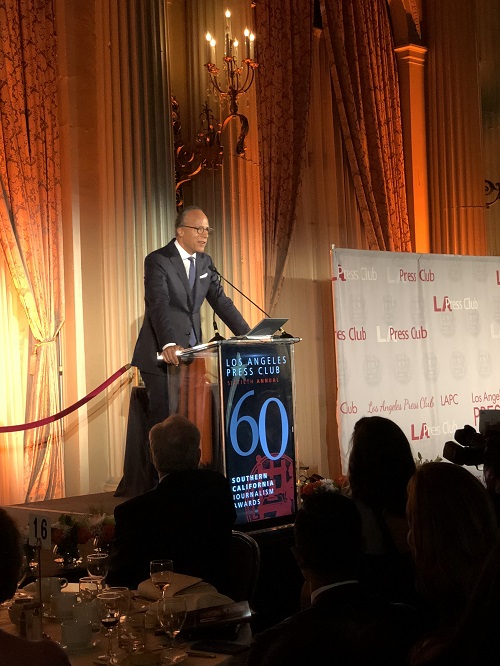 “A lot of people think it’s a tough time to be a journalist, particularly a national journalist, but I happen to think it’s an amazing and important time to do what we do,” Holt remarked during his acceptance speech. “The upheavals in the status quo don’t require any judgment from us. There’s plenty of commentators and pundits who do that. But they do require our unique expertise as reporters, separating fact from fiction.” 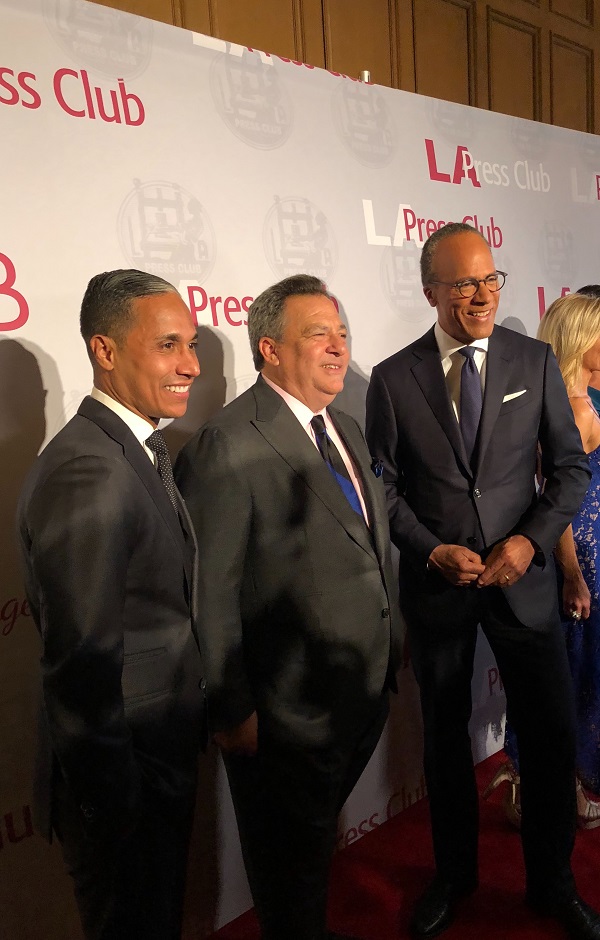 Holt was introduced by Dateline correspondent Josh Mankiewicz, who first worked with Holt at New York’s WCBS in 1986 and described him as “unruffled” and a “pro’s pro,” adding, “Lester’s broadcasts are not about Lester, they’re about the news.”

Country music legend Dolly Parton was also on hand, and received the Hill Rosendahl Public Service Award for contributions to civic life for the incredible success of her Imagination Library, which recently surpassed 100 million books donated to children around the world. 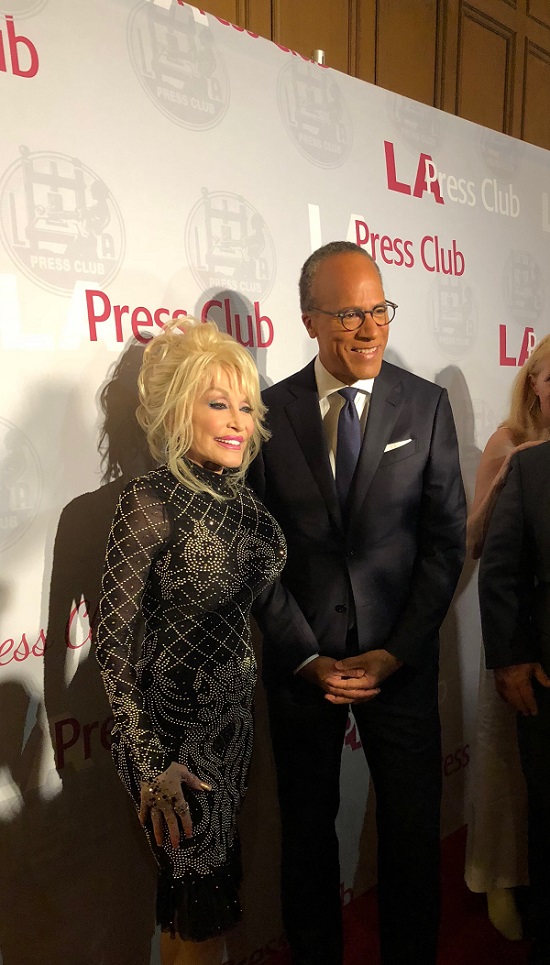