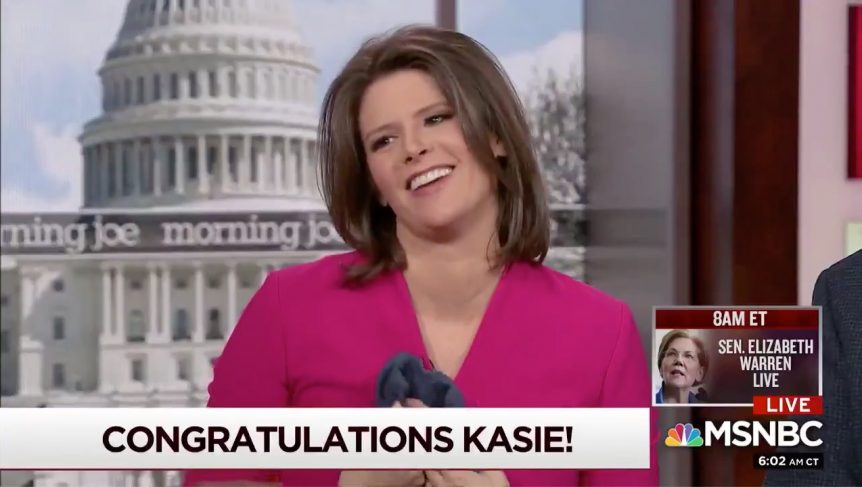 Kasie Hunt wasn’t sure how to tell her bosses that she was expecting—but Mika Brzezinski had an solution: break the news on Morning Joe, which Hunt did this morning.

Brzezinski, who give Hunt a Morning Joe onesie on-air, told views that Hunt had texted her yesterday, asking her advice on how to inform management about her news. “And I was like, you come on Morning Joe—and we just told them!” said Brzezinski.

Hunt’s due date is still five months away, but Brzezinski is already making plans for the baby’s first Morning Joe appearance. “You have to bring it here!” she told Hunt, who replied, “I’ll talk to my husband about that, yes.” Hunt is married to Matt Rivera, senior digital producer for Meet the Press.