NEXT:Rising Tide Aims to Lift the Next Generation of TV News Leaders
PREVIOUS:Fox Nation Will Now Be Available on DirecTV as Premium Add-on 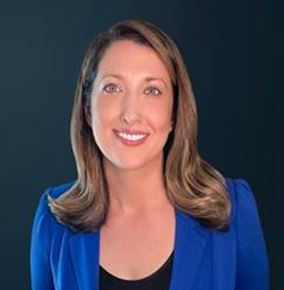 Martinez takes over for Mark Lima, who took leadership of CBS News’ Washington D.C. bureau back in January.

Martinez will begin her new role at CBS on April 4 and report to Terri Stewart, CBS News svp and national executive editor.

“Joelle is a passionate leader with a unique blend of experience across network, cable and digital news that will be an excellent addition to our West Coast team,” CBS News and Stations president and co-head said Neeraj Khemlani said in a statement. “She will also bring more immersive storytelling to our enterprise reporting – both live and taped – across all platforms.”

At Vice, Martinez managed a team working across multiple platforms from Vice News Tonight on Vice TV to Vice on Showtime, coordinating daily coverage from the western U.S. She also worked closely with correspondents, writers and producers as a senior producer on short-form documentaries. Martinez coordinated Vice News’ breaking news coverage of demonstrations following the murder of George Floyd, political protests in Portland and Seattle, and multiple fire seasons across the West.

Previously at Vice, Martinez served as a producer for HBO’s nightly newscast Vice News Tonight, where she was responsible for breaking news coverage and longer-lead feature stories around the globe.

Before Vice, Martinez spent over 12 years at MSNBC. From 2013 to 2016, she was a senior package producer for All In With Chris Hayes. She also served as an anchor producer, coordinating live shows from locations around the country and the world.

During her tenure at MSNBC, Martinez was a producer for Countdown with Keith Olbermann. Previously, she spent a year as a researcher at NBC Nightly News.