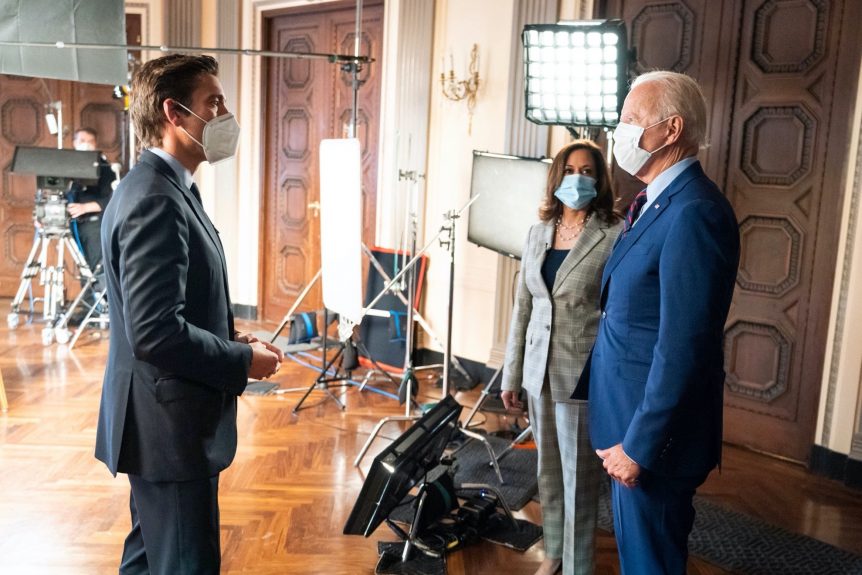 Though it might not have come as a surprise, one of the more interesting pieces of news to come from David Muir‘s interview with Joe Biden and Sen. Kamala Harris which aired Sunday night on ABC is that the ticket will not be hitting the road this fall to campaign for the November election.

“We saw the president just this week, during the convention, he traveled to Pennsylvania. He traveled to Wisconsin, Iowa, Arizona, all of that while you were making your case to the American people. I understand the restrictions of Covid and campaigning in this time. But can you win a presidential election from home?” Muir asked Biden during an interview Friday in Wilmington, Del.

“We will,” Biden said. “We’re gonna follow the science, what the scientists tell us. We’ve been able to travel places when we’ve been able to do it in a way that we don’t cause the congregation of large numbers of people.”

Biden’s campaign has remained primarily virtual in the midst of the pandemic that forced candidates off the campaign trail in mid-March, and required campaign staff to reinvent their strategy to connect with voters.

According to the Tulsa Health Department’s executive director, that rally “more than likely” contributed to an outbreak of cases in the area shortly after it took place.

“Look what happens when—with what’s happened with his, his events—people die. People get together. They don’t wear masks. They end up getting Covid. They end up dying,” said Biden.

President Trump, on the other hand, is chomping at the bit to do more public events and be with his fan base, despite what happened in Tulsa.

Trump and his advisers are trying to make the case that Biden’s decision not to do in-person events somehow makes him weak, and are suggesting that he is “afraid to leave his basement.”