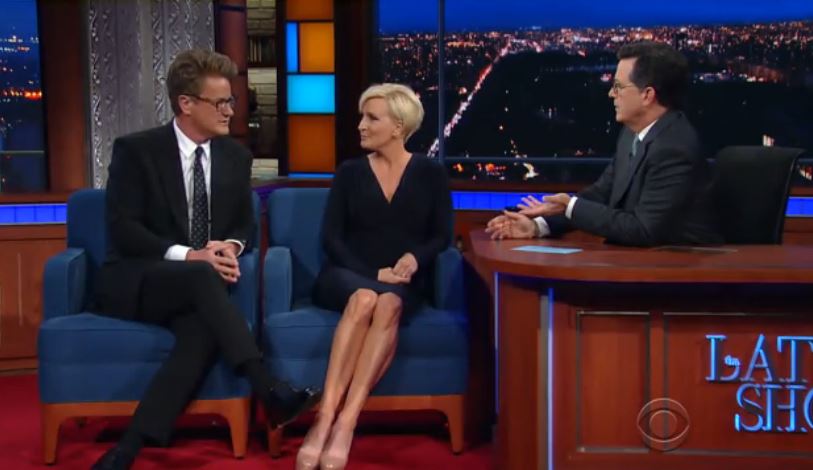 Joe Scarborough and Mika Brzezinksi‘s appearance on The Late Show with Stephen Colbert last night gave the CBS show its best ratings in two months, since May 9, and third best rating of the season on any night.

The interview, and a bonus musical performance from Scarborough, had been heavily promoted on social media and websites earlier in the evening because of the news Scarborough made during the show taping: that he is leaving the Republican party and becoming and independent. Before joining MSNBC in 2003, Scarborough was elected to Congress four times as the Representative for Florida’s 1st district.

Late Show averaged a 2.9 rating in the local overnight markets, its best since the 3.1 rating for the May 9 episode which featured a reunion of Colbert’s Daily Show castmates,